It took more than a decade, but Skinner wins fight to test evidence

With Texas Attorney General Greg Abbott finally on board, death row inmate Hank Skinner is poised to get the DNA testing that he's been requesting for more than a decade. The AG's Office on June 1 reversed its long-held opposition to the DNA testing, agreeing to allow testing of potentially key, but never before tested, evidence in the capital murder case against Skinner, who was sentenced to die for the murder of his girlfriend Twila Busby and her two sons in the home they shared in Pampa.

The decision comes almost exactly a month after Solicitor General Jonathan Mitchell argued before the Court of Criminal Appeals that Skinner should be denied access to testing the evidence – including a windbreaker with blood-stained cuffs that was covered in sweat and had two hairs clinging to it, which was found near Busby's body. In part, Mitchell argued that to allow Skinner access to testing now would be to incentivize defendants charged with capital murder and facing a possible death sentence to forgo DNA testing at trial in order to have good material for an appeal from death row. The argument did not appear to impress the CCA during oral arguments, and court watchers felt that Mitchell's rather lame arguments actually helped Skinner more than the state. (See "CCA Considers Hank Skinner's Death-Case DNA Appeal," Newsdesk blog, May 2.)

Whether that's true is irrelevant now that Mitchell's boss Abbott has decided to fully support Skinner's bid for testing. "It will be necessary, of course, to work out the details of any such testing with the State, in order to ensure that the evidence is carefully and properly handled, and that every piece of evidence that we have identified as important gets tested," Skinner's attorney Rob Owen said in a press statement. "We look forward to cooperating with the State to achieve this DNA testing as promptly as possible." 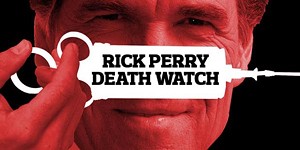