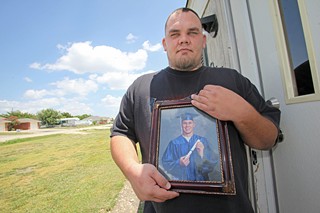 After spending nearly 13 years behind bars for a sexual assault that even the alleged victim says never happened, Michael Arena is now home with his family in Bell County, having been released to his father's custody on June 1 per court order.

As teens, Michael and his brother, John, were each accused of sexually assaulting their young cousin, Stephanie Arena, when she was just 7. Before long the young Stephanie recanted; she still vociferously denies that any assault ever happened and says she was coerced into accusing her cousins by her mother, LaVonna, who was embroiled in a bitter divorce battle and had illegally removed Stephanie and her brother from the state of Texas in violation of a court order. Nonethe­less, both Arena boys were sent to prison; John spent seven years behind bars, while Michael served nearly 13 of his 20-year sentence.

After years of appeals, the Texas Supreme Court last month ordered a new sentencing hearing for Michael, ruling that Williamson County psychologist Charles Willoughby had given false testimony during Michael's trial, leading jurors to believe he'd ascertained that Michael, who at the time of the alleged offense was just 14, was actually a pedophile and would be a threat to society if given probation. As it turned out, the "test" Willoughby used was not validated for use on adolescents. The state has maintained that Wil­lough­by's testimony did not influence the jurors, but the Supremes disagreed, throwing the case back to Bell County to decide whether to spend time and money on a new sentencing hearing – one without Willough­by's false and misleading testimony. Whether Bell County officials would go through with such a hearing is unclear, but it's unlikely.

On Friday, a judge signed off on the order to release Michael, pending a decision by the state on how to proceed. Michael's father, Robert, quickly set out by car from the family's home in Harker Heights to bring Michael home. Had you been on the road heading to South Texas on Friday afternoon, he said, "you would watch a grown man crying as he's going down the road."

Although Michael is now free, the battle to exonerate him and his brother John – just 15 at the time of the alleged assault – is far from over, according to their father. Indeed, the homecoming is sort of bittersweet, he says, because both of his sons now have to register as sex offenders, which further constricts their freedom as punishment for a crime that the family insists simply never occurred. Robert says the family will fight the registration requirement and will push on in any way possible to clear both of his sons. "We're fighting everything. We're not going to give up," he said. "You don't have to have an army [to prevail]; you just have to be strong." 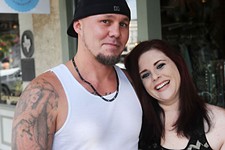 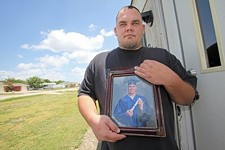