In 2010, after four years of a solidly Dem­o­cratic House delegation from Travis Coun­ty, Republicans finally flipped one seat back to the GOP when Paul Workman took House District 47. But the fact that he secured a marginal seat in a high-water year did not stop him from attracting a primary challenger, nor did it stop this from becoming one of the most publicly bloody fights in the county.

Attorney Ryan Downton has launched an attack site, www.paulworkman.org, which does nothing but hammer the incumbent on everything from his stance on the mandatory ultrasound bill (not strict enough, according to Downton) to the interest rate his campaign is paying on the loan Workman made to himself. But the big fight goes back to the 2011 session, when the GOP was carving up the state in the redistricting process. Back then, Downton was counsel to the House Committee on Redistricting, and his campaign website proudly boasts that he's spent the last year defending the maps in courts in San Antonio and D.C. But he was never happy with how Travis County was redrawn, and he blames Workman for securing his own incumbency over the greater good of the party. He said: "If any county delegation could entirely agree, Republicans and Democrats, on a map for their county, then that was just accepted without changes. Paul wanted all the Repub­licans in his district, and all the Democrats were happy to get rid of them." Downton argues that if Workman had opposed the Travis plan, he could have given a GOP challenger a better shot at dislodging Rep. Donna Howard, D-Austin, in neighboring HD 48: "In my mind, it would have been very easy to add a few more Republican precincts to 48 and make it, if not a strong Republican district, certainly a winnable Republican district." 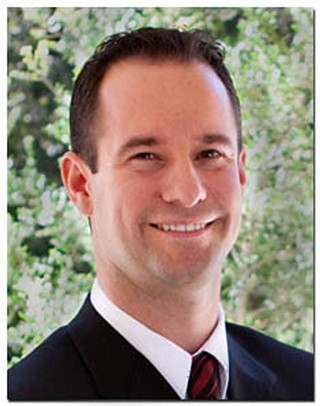 As Downton sees it, Workman is only a half incumbent. In redrawing HDs 47 and 48, the Legislature rotated them. So now, rather than running along the county's southern border, Workman's district is the western edge of Travis. "Almost half of 47 is new, and it's the half I live in," Downton said. "Given what I had seen of Paul's record, I thought it was important that the whole district have an alternative Republican."

The most recent battle has been over House Bill 2866: The failed measure, authored by Workman, would have allowed undocumented foreign nationals in Texas to apply for a Texas resident alien card, allowing them to work in the state for up to eight years. Downton has called this an amnesty bill, but Workman has fired back with his own website, www.workmanopposesamnesty.com. There he reinforces his conservative credentials by highlighting his opposition to in-state tuition for undocumented students and his support for anti-immigrant, anti-gang spending in the last budget. Downton has taken issue with this site – or at least how it's being promoted. In a May 10 press release, Downton claims that Workman supporters have been tearing down his roadside PaulWorkman.org banners and replacing them with Workman Opposes Amnesty signs.

Workman is no stranger to dirty tricks. In 2010, he became Travis County's sole GOP state rep by narrowly defeating Democratic incumbent Valinda Bolton. During that process, his campaign photoshopped pictures of Barack Obama into photos of Bolton (see "Redrawing History in HD47," Oct. 14, 2010) in a bizarre curveball. And even though Bolton is the former training director for the National Center on Domestic and Sexual Violence, Workman accused her of being soft on sexual offenders (see "All Workman and No Play," Oct. 29, 2010). His primary fight was no less bloody as he accused fellow GOPer Holly White Turner of being a "lawyer and carpetbagger" (see "HD 47 GOP Primary: Attack-Ad Tussle," Feb. 26, 2010).

The incumbent is ahead in endorsements, having secured heavy-hitter groups like the NRA and Texans for Lawsuit Reform, as well as the personal seal of approval from statewide officeholders including Gov. Rick Perry. As for finances, with 30 days left before the election, he was sitting on $125,826. Unsurprisingly for a construction magnate and former Real Estate Council of Austin board member, many of his biggest donations come from the building industry, including $2,000 from the Texas Apartment Association PAC and $5,000 from the Texas Association of Realtors PAC. By comparison, Downton is fighting with an empty war chest, having raised just $7,705 since Janu­ary. The PACs and big endorsers have stayed away, and with only $30,250 in his coffers, he may struggle in the long haul to November. That's when Democrat Chris Frandsen, a decorated U.S. infantry veteran, plans to knock that last red dot out of Travis' sea of blue.