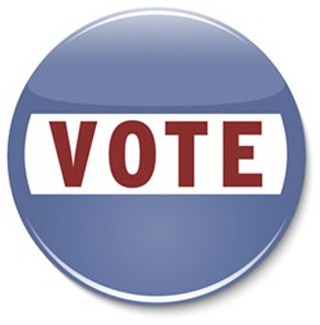 The editorial board offers the following endorsements. We note hesitations about some candidates where applicable, and we had a difficult time making decisions in more than one race – some due to more than one good candidate, some due to too many bad ones, and some due to the proximity of the May 12 municipals – but what follows are endorsements in every contested race on the Democratic ballot. (We'll report on the Republican primary next week.) Read up on our complete election coverage at austinchronicle.com/elections.

The president has three token opponents, but has abundantly earned another term.

In the Texas House (1991-2003), Sadler was a champion of education and health care, and a budget maven. He's also the only Democrat on the ballot with even a remote chance to take on the Republican nominee, virtually certain to be deep-pocketed Lt. Gov. David Dew­hurst. He's a strong candidate who will make the case for Texas Democratic values.

Cadien is a Jefferson County registered nurse and Democratic activist whose priorities are job security and health care, and she'll be a capable opponent for incumbent GOP Rep. Michael McCaul. (Her opponent, William E. Miller Jr., is no longer actively campaigning and supports "anybody but McCaul.") This long shot deserves Demo­cratic support.

This experienced Democratic activist could make some waves against incumbent GOP reactionary Lamar Smith in the fall.

Doggett is literally the only Travis County Democrat with a shot at representing Austin­ites in Congress next year – the other four congressional districts have been gerrymandered by the GOP to effectively disenfranchise Travis County voters. He's also a longtime progressive champion who has fully earned another term, and the strong support of those who believe the GOP redistricting has been unjust and tyrannical. CD 35 is now anchored in San Antonio, so he faces an uphill fight – we need to turn out strong here to support our only voice in Congress.

While both defense attorney Wahlberg and Assistant District Attorney Efrain de La Fuente are very strong candidates, we believe Wahl­berg's experience and perspective as defense counsel and general practitioner give him the edge in this race. That is, he's levelheaded in temperament and experience, and he would break the virtual and occasionally disheartening monopoly that former prosecutors have on the district court benches. Wahlberg also exhibits a pragmatic and engaging understanding of both the ideals of the legal system and its sometimes uneven reflection in action. He would be a solidly progressive addition to the courts.

This bitter race has too often generated more heat than light; both incumbent Lehmberg and challenger Charlie Baird have distinguished records of public service and advocacy for justice, and it's discouraging that the campaign has often veered into personal accusation and reaction. Former Judge Baird has raised crucially important issues about the historical practice of Travis County justice, especially as regards institutional racism and disproportionate outcomes for minority citizens and the disadvantaged. We strongly agree that those wrongs need persistent redress, and that the D.A.'s Office, while not solely responsible for such inequities, needs to address them as a major priority, whoever happens to be in charge. On the other hand, we do not agree that all such society-wide problems should be laid personally at the feet of the current D.A. Moreover, we believe Lehmberg is much better suited to administer the whole range of the district attor­ney's responsibilities, from criminal prosecutions to environmental cases to public integrity investigations, and more simply to manage a major public office with broad institutional responsibilities. While we have had strong differences with Lehmberg's office in the past, especially on some high-profile prosecutions (the yogurt shop murders, Fran's Day Care), and we continue to monitor those cases, we believe she is the better choice for the office.

This is a difficult choice, in that challenger John Sisson has raised a centrally important issue – the relationship of the federal Immi­grations and Customs Enforcement agency to arrests and incarcerations in Travis County – in a way that we believe Travis County as a whole (beginning with Commissioners Court, but also the citizens) needs to reconsider and address. We're less concerned whether detainers ("holds") of undocumented arrestees for ICE are "requests" or "mandatory" than we are that the county – not just the sheriff – begin seriously questioning whether such collaboration with potential deportation, often for minor offenses, is good, compassionate, or even rational public policy. We're endorsing incumbent Hamilton because we believe he has been a good steward of the office and has earned his reputation for fairness and for progressive programs in a very difficult job. But we also believe that on the single issue that Sisson has brightly highlighted in his campaign, the county and the sheriff need to do more to challenge shortsighted federal prerogatives that in actual practice often promote injustice, damage families, and indeed undermine public safety. We thank Sisson for his energetic campaign for immigration reform, and we ask the county and the sheriff to act in the same spirit and intention.

Elfant has been a distinguished, professional, and much admired public servant for many years, and has certainly earned the right to move from his precinct constable position to one with wider responsibilities for both financial oversight and voter outreach (if they all attend his legendary annual ice-cream socials, he'll go bust!). We hope that his enthusiasms and energy will bring increased visibility and activism to the otherwise stolid tax office, and echo his sense of public spiritedness in such a way that he draws more people to be engaged in public life, if only by making a point of voting at every opportunity. Elfant is a gem of our community and a credit to the notion of public service, and he will make a damn good tax assessor. In his case, that won't be a contradiction in terms.

Incumbent Davis has been a hard-working and faithful public servant, and has done much good work for the residents of Eastern Travis County – in public projects and infrastructure, in fighting for equity, in representing his constituents. He has earned another term, if indeed he can regenerate the energy of his younger years. Of his opponents, we were most impressed by Pflugerville Mayor Pro Tem Gonzales, who has shown considerable energies in what is essentially a volunteer position, and we think he could be a strong voice for the growing population of northeastern Travis County. That said, his campaign this time was understated (at least by comparison) and seemingly incomplete, but we'll keep an eye on him for the future.

Huber has been a solidly performing commissioner who has fulfilled her promises to be a good steward of public responsibility, particularly in trying to balance dramatic growth with environmental protection. She faces a difficult re-election battle in the fall against any eventual Republican nominee, and deserves to be encouraged by a strong showing of Democratic support.

Longtime and competent public official Thomas has earned another term.

While we feel ourselves turning to the lesser of three evils in this race, incumbent Adan Ballesteros and challenger Michael Cargill basically embody reasons why citizens grow cynical and apathetic about public officials of all stripes. (See "Travis County Constable, Precinct 2: Mud & Experience," p.32.) Our primary objection to Labuda in 2008 was that he had little or no law enforcement experience. He has enough now to qualify for the position, and he's the only candidate in the race not tainted by questionable background or policy positions.

We endorsed incumbent McCain in 2008 and see no reason to believe he has not earned another term, and in a part of the county not always friendly to Democrats.

Incumbent Canchola is still the competent and progressive official we endorsed in 2008. She's modernized and done innovative work in the office – especially her outreach programs to veterans – and has a refreshing approach that has given her work more visibility. Challenger Ernest Pedraza retired after many years at the Austin Police Depart­ment (and several more in El Paso), and we applaud his service but see no reason to change horses in the middle of this particular stream.

1) In-state college tuition for all high-school graduates and an opportunity for legal status through military service or higher education: YES

3) Hold a statewide vote on casino gambling, with proceeds dedicated to education: YES