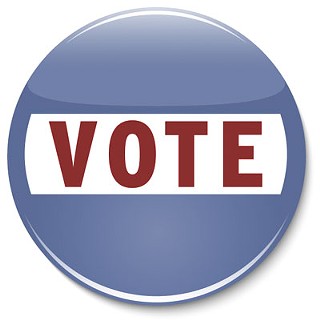 The Chronicle "editorial board" – in this instance, the News staff and the publisher – have considered the records, campaign statements, and policy positions of the City Council candidates and concurred on the candidate endorsements listed here. An endorsement does not necessarily mean we are all equally enthusiastic about a particular candidate or agree with all of her or his positions, but it does reflect who we believe to be the best choice on the ballot to serve in that office. We were unable to agree on a unified endorsement in the mayor's race, but on all sides we believe that this race is crucially important for Austin's future. So in that race, we are issuing a "split endorsement," with each side providing an argument in favor of either Lee Leffingwell or Brigid Shea.

All of us are united in the conviction that it is important for Austinites to take part in local government and to vote in this city election. Early voting begins April 30 and ends May 8; election day is May 12. Please vote.

Lee Leffingwell has been an excellent mayor.

That's the bottom line for those us at the Chronicle supporting Leffingwell's re-election, and despite the inevitable campaign noise, we don't find the counter-arguments persuasive. While the mayor is only first among equals on City Council, he deserves considerable credit for setting the progressive tone at City Hall, and for establishing the entire public agenda for the administration. Austin has weathered a severe economic recession in much better shape than the rest of the country, and while city government is not wholly responsible for that resilience (and we're not out of the woods, here or nationally), the mayor and council deserve credit for being proactive on economic development and job creation, and for delicately balancing budgetary economies with public needs when other levels of government have been imposing irrational and counterproductive austerity.

Creating good blue-collar and high tech jobs remains a major city priority, and under Leffingwell's leadership, the city has done that while maintaining our commitment to environmental protection. One way of keeping a city affordable is to try to hold prices artificially low; a stronger way is to support the creation of more living-wage (or better) jobs. Not only does the much-debated new Apple campus project accomplish that, it also helps reverse the national corporate practice of moving call centers and accounting locations overseas.

On transportation, Leffingwell's led the move into multimodal planning and funding, and he's currently working with council and city staff to establish potential funding for urban rail – while exercising caution on bond funding as long as the economy remains sluggish. He's simultaneously worked to encourage and sustain greater central city density – which defends against urban sprawl and the accompanying environmental degradation and without which long-range mass transit plans will founder. He was also quick to declare that Austin Energy's rate proposal would have to be redesigned with affordability as a primary standard. That reaction, and the ongoing rate revisions, refutes the charge that he and the council only rubber-stamp staff proposals.

On social issues – affordable housing, health care, marriage rights for all, economic inequities, etc. – the mayor has led in voice and in action, including his latest initiative, a task force on aging to address the special concerns of the area's expanding senior population. He was also forthright in supporting the proposal to move city elections to November, which would engage more people and a broader demographic in city government; the opposition was disingenuous and self-serving, and with city voter turnout at appalling and unrepresentative numbers, we believe it was a mistake to let that decision be on hold for what may now become two more years.

From water conservation and redevelopment protections to regulatory protections like the tobacco ban, he has also led on environmental issues – including those most contentious, when leadership means taking the heat rather than the credit. Austin "progressive" politics is far too often defined in single-minded, self-marginalizing terms – e.g., abstract and absolute "environmentalism" against every other progressive interest, even including economic opportunity for all Austinites. By contrast, Leffingwell has supported the broadest range of progressive values, and he has found ways to reach out and engage the whole community (e.g., the water conservation task force, the Save Our Springs redevelopment initiative, even the charter revision task force) instead of simply talking (and listening) to the same self-appointed voices who repeatedly prefer polarizing the city into warring factions to working together to solve common community problems.

Indeed, concerning the two decisions for which Leffingwell's received the most criticism – Water Treatment Plant No. 4 and the Formula One project – we believe the first is a necessary (and environmentally sound) investment in Austin's infrastructure, and the latter should become an engine of economic development, whatever the outcome of the state's overeagerness to provide public funding. Leffingwell made it plain from day one in the Formula One discussions that city funding would neither be provided nor put at risk. Similarly, he led the council in reviewing and revising the publicly established standards for economic development deals – he specifically and publicly opposed incentives for retail projects – and he has consistently maintained that, to uphold those standards, any such deals must be cash-positive, be performance-based, and provide good jobs.

Top to bottom, these are broadly progressive values and interests, worthy of broad public support, and Leffingwell has consistently fought to expand and defend them. Moreover, he has done so with disarming good humor and engaging public outreach, providing a public voice and face for the city which he has always called his home.

In sum, we reiterate that Lee Leffingwell has been an excellent mayor and public servant, and we urge our readers to vote for his re-election.

Newcomers to Austin are often informed that City Council races are nonpartisan. Anyone who's followed city politics for any length of time knows that's not true. There are indeed two political parties in Austin, known colloquially as the Developers and the Environ­ment­al­ists. So when you know that Lee Lef­fingwell has the support of the Greater Austin Chamber of Commerce and the Home Builders Associ­ation of Greater Aus­tin, as well as a 91% approval from the Real Estate Council of Austin straw poll, while Brigid Shea is backed by the Save Our Springs Alliance, Sierra Club Austin, and the Austin Neigh­borhoods Council, you probably know everything you need to know to make up your mind in this race. Need more context? Read on.