Incumbent Bill Spelman was unopposed in his 2009 election (he served an earlier term from 1997 to 2000), and he jokes that karma is now biting back. This race features no fewer than six challengers – which may have less to do with Spelman's specific record than the "gentlemen's agreement" informally reserving Places 2 and 6 for minority candidates. Judging from the early organizational endorsements, there appears to have been some backlash over specific Spelman votes (e.g., reluctant support for continuing WTP4; opposition to moving city elections to November).

Not all the challengers appear equally qualified or even serious. Self-described anarchist and Occupier John F. Duffy expressly prefers neighborhood "general assemblies" to representative government. It seems not to have occurred to film art director David Conley that filing for public office creates certain expectations: e.g., a campaign. R.A. "Bo" Prudente says he decided to run in part to motivate himself to vote, a task he has generally neglected.

Spelman remains the presumptive favorite, although a race with seven candidates raises the likelihood of a run-off. The challengers with the best chance to make a second round are Dominic Chavez and Tina Cannon. Chavez has been visibly active in Republican and local conservative politics, most notably with Austinites for Action, and outpolled Spelman (46%-35%) in the Real Estate Council of Austin straw poll. Newcomer Cannon, a small-business owner and "entrepreneur in residence" at Texas State University, has been a Democratic precinct chair and garnered 18% in the RECA poll. Spelman continues to collect most of the endorsements.

Quote "So long as we're smart about it, keeping Austin weird isn't just a semi-cool slogan. It's a key to survival." 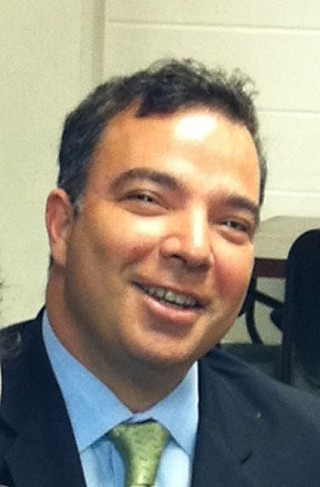 Basic Profile Self-identified anarchist, former documentary film producer; active in Occupy Austin; working toward an Austin "in which food forests and small acreage farms exist in every neighborhood, parks are full of community operated gardening initiatives, and unused public buildings and lands have been converted into cooperatives for community residence, activity, and food production."

Quote "My promise is not of hope, but an attempt at mitigation, at buffering Austin against inevitable decline as best as is possible."

Quote "I will bring principled government back to the Austin City Council."

Quote "By making the right decisions, Austin could be the Mecca of Central Texas, as well as the rest of the state."

Quote "My goal in serving on Austin City Council is to be a voice of reason ... listening to all sides of an issue from developers to neighborhood groups."

Quote "I'm committed to making sure our community stays affordable, safe, and thriving. "

Quote "I would support a repeal of the current under-18 helmet law [and] the seat belt law. I don't care what you do to yourself; just don't run me over."