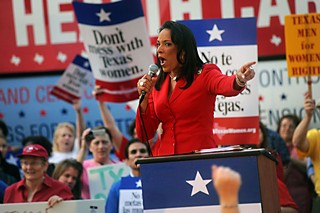 A day after the state received a letter from the Centers for Medicare & Medicaid Services outlining a "two-stage phase-out period" for the Women's Health Program, Attorney General Greg Abbott filed a lawsuit against U.S. Health and Human Services Secretary Kathleen Sebelius and the agency she oversees, arguing that the feds' refusal to continue funding the WHP is "arbitrary, capricious, an abuse of discretion, and 'not in accordance with law.'"

At issue is whether the state of Texas would be allowed to continue the WHP, a 90% federally funded Medicaid-waiver program that provides basic health care to women who would not otherwise be Medicaid-eligible unless pregnant. The idea of the program is to expand the number of low-income uninsured women who have access to basic preventative and family-planning care, as well as to reduce the number of Medicaid-paid births – no small goal in Texas, where more than half of all births are paid for by the program. By all measures, the program has been a success and has grown annually since its creation as a "demonstration" project in 2005. 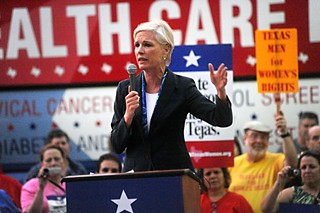 That is, things were going along well until lawmakers decided last year to prohibit abortion providers from taking part in the program as a wedge to exclude Planned Parenthood from participation, even those that do not provide abortion care. That has not passed legal muster with the feds; Medicaid law prohibits discrimination among qualified providers. "Consistent with longstanding statutory provisions that assure free choice of family planning providers, the [WHP] does not provide the State the authority to impose such a limitation, and we [previously advised the state] that we had concluded that such authority would not be granted," reads a March 15 letter from CMS Director Cindy Mann to Billy Millwee of Texas' Health and Human Services Commission.

The letter goes on to detail a phase-out plan for the program that would allow for more rapid termination should the state "confirm" that it is ready to take over funding for the program on its own, as Gov. Rick Perry has vowed. That would mean coming up with roughly $67 million over this biennium to fund the program at current levels. Where that money would come from is unclear, especially in light of lawmakers' decision last year to strip roughly that same amount from the budget traditionally used to fund family planning services to more than 200,000 women across the state.

Meanwhile, it appears that Abbott has a different take on federal Medicaid law. The state should be allowed to exclude any provider, he argues, based on state law. More­over, the WHP as Texas proposes it "does not prohibit its enrollees from 'obtain[ing]' family-planning services from Planned Par­ent­hood and other elective-abortion providers," Abbott wrote in the suit, filed March 16 in federal court in Waco. "It limits only the providers' ability to receive taxpayer money in exchange for providing those services" (emphasis original). Predictably, Perry championed Abbott's move as proactive push back against the Obama administration's "unwavering allegiance to abortion providers and their affiliates."

In response to the state's continuing efforts to restrict women's access to health care, hundreds joined national Planned Par­ent­hood President Cecile Richards and local lawmakers – including Austin Rep. Dawnna Dukes, who delivered a barn burner of a speech – outside the Capitol on March 13 for a rally in support of women's health and Planned Parenthood. Among those to take the dais was Allison Catalano, the former legislative aide for Denton GOP Rep. Myra Crownover who resigned her position earlier this month because of Crown­over's support for restricting access to health care for women. "I gave up my livelihood, but what else could I do?" she asked a supportive crowd. "Women don't go to Planned Parenthood to make a political statement; they go to get health care because they can't get it anywhere else."

For more on the WHP and state cuts to the family planning budget, see "The Destruction of Texas Health Care," Feb. 3.