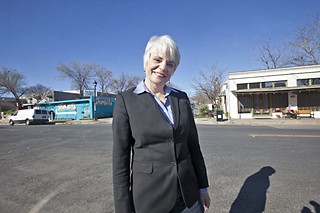 But Martinez is careful to recall the neighborhood's history, and he declines to characterize the coming of Stockton and his colleagues as something totally new. "You have many bars that have been there for decades – Rabbit's on East Sixth and Chicon has been there for over 40 years. There was the Iron Gate, Daddy O's, Scoot Inn, Primos, La India Bonita, etc. ... all Latino-dominant bars for many years," he wrote. There are differences. "The clientele has definitely changed. Along with the clientele, the format of the bars has definitely changed. You're seeing a lot more patio/outdoor areas, and as a consequence, you're getting more people outside, more sound, [and] more ambient noise."

Stockton, however, points out that the East Sixth venues of old weren't exactly quiet. "When I say that a club was loud, I mean that before Cheer Up Charlie's was there ... you could be out back at Shangri-La and hear Mrs. B's band playing out back. You could be out back at Rio Rita and hear Mrs. B's band. You could be out here on the sidewalk and you could hear the jukebox from Club Oriente," he says. "I don't know if people just didn't police it back then because it was like, 'Eh, it's the Eastside.' Because you sort of get the impression that the old attitude was 'Ah, those folks – whatever.'"

Either way, volume has recently been an issue. "There are some businesses over here that were abusing the sound permit limitations and didn't even have a permit – and then were denied a permit – and they still have outdoor live music very loud across the street from residents," says Benz.

Martinez notes that the sound ordinance – which he has played a key role in developing – was meant to handle this issue. "In making these decisions, we have to balance the single family homes' needs and desires with the new development that's happening at an accelerated pace," he continued. "The sound ordinance sets up a framework for neighborhoods and club owners to talk about impacts and come to a mutually agreed set of terms that everyone can live with. Thankfully, the Music Office has some good folks that can help guide that process along."

Council Member Laura Morrison agreed. "Part of the progress we have made with the new sound permitting process is really establishing the principle of respecting existing uses," she said via email. "If someone wants to put outdoor speakers near existing residents, we need to find ways to mitigate the impact of that sound. Likewise, we are exploring stricter soundproofing standards for residential buildings being built near existing music venues.

"That's why we have the Music Depart­ment," she continued. "We want to find ways to foster the music industry by bringing thoughtful solutions to mitigating conflict with existing residents. ... East Austin has strong, vibrant neighborhoods that promote a high quality of life for residents and families. We need to protect that quality of life."

Cheer Up Charlie's might serve as an example of cooperative progress in this department. After Tamara Hoover took over the space that used to be Mrs. B's, the club applied for and received an outdoor music venue permit. Sound began wafting to nearby neighbors, and, under pressure from at least one group, Hoover invested around $10,000 in a band-shell-like backing for her outdoor stage. Yet neighbor Benz points out the awkward nature of this process. "We've tried to convey to the city and the folks who give the permits and who manage the permits. ... that we, as neighbors, don't want to be put in the position of policing – you know, it's all complaint-oriented," she says.

And it stands to be more so. A focused period of non-complaint-driven police enforcement followed on the heels of an increase in noise complaints throughout Downtown Austin this past fall. Some argued that the Austin Police Department's action represented a shift in tactics, but as of Feb. 20, Austin's 311 system was set to have an automated option for noise complaints. Those complaints will be answered by the city's music office, not APD. 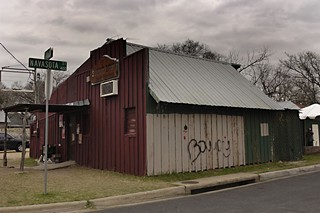 Stockton played a role in the opening of no fewer than four Eastside operations in 2011. With all of the attention, rents went up. At one point, Stockton says, he also looked into taking control of the now very successful White Horse at Fifth and Comal. "I looked at that property ... and I went, 'That rent seems really high.'"

"[I]n the short amount of time in between signing a lease at Rio Rita and signing a lease at the Grackle, rents went up incredibly," Stockton says. "[In] three and a half years, [it] doubled – doubled. ... I don't begrudge anybody that, but that's why you try to negotiate the longest leases you can." Skyrocketing rents in the area suggest another potential outcome, raised by both Crutchfield and Stockton. "I have a feeling that as the neighborhood changes, we're going to get pushed out of there," says Crutchfield.

Martinez compares the situation to the housing market. "Where there are cheaper locations, businesses will migrate," he wrote. He cited Emo's recent move to East Riverside. "Many factors played into their decision to move, but I assure you a driving factor was price per square foot for their business model," he said. "Likewise, what you see today on East Sixth Street are bars that may have come from inside IH-35 or from new investors who were trying to make a go of a business but could not afford the Downtown space."

Stockton provides further evidence. Last year, he pushed farther east, out of the East Cesar Chavez neighborhood and next to the city's best-known drug corner, with the Legendary White Swan at 12th and Chicon.

Even Benz sees her neighborhood already moving past the bar stage. "It is inevitable; I think this part of town is going to develop in the way [that] a lot of close-in neighborhoods like this [do] where it becomes dense residential and small business," she says. If Benz is right, that would eventually reflect the broader vision conceived by city planners in the still-unfinished Imagine Austin comprehensive plan. It could also make soothsayers out of Crutchfield and Stockton.

In December 2008, the city approved a transit-oriented development district for the area around the Plaza Saltillo Red Line station at the corner of East Fifth and Comal. That plan uses the station as an anchor for high-density development through standards that outline preferred construction. Mar­tinez wrote it could be a tool to balance neighborhood needs and those of the bar operators on East Sixth in a way that jibes with Benz's prediction. "As with many other land use decisions, we constantly try to strike a balance between how landowners develop what they legally own and how that development will affect the neighborhood," he wrote. The district "does change that somewhat in terms of what's allowable and what's encouraged. The true intention of [it] is to create high density, transit friendly, live/play friendly environment that speaks to so many of Austin's values. Sprawl prevention, few vehicles on the road, more public transit use (bus, rail, walking and biking) and also maintaining affordability.

"While I think there are some great, vibrant and organic things happening on Sixth Street east of IH-35, I do not think anyone intended or wanted to have such a proliferation of bars," Martinez continued. "We are very mindful of what is happening and we are working to support our local music and entertainment scene, but also preserving our values as a neighborhood and community."

None of these latest developments can undo the changes visited on the East Cesar Chavez neighborhood in the 2000s. Ironic­al­ly, more than a decade after they first envisioned the idea, Renteria and the East Cesar Chavez team have an entertainment district – just not the one they planned for. "I love to drink my beer," says Renteria. "I miss the $2 beer specials at our little Tejano bars. I think losing the Tejano bars is a big blow to the diversity" of the neighborhood.

Martinez still sees the future of East Sixth as residing in neighborhood hands. "Whether or not the solution for that part of Sixth Street is restoration, preservation or further development needs to be a community conversation and decision," he wrote. "My hope is that we can help those conversations and all share in the future of East Austin and specifically East Sixth.

"The Saltillo District! – that's what I'm calling it," he adds. "And I hope it sticks." 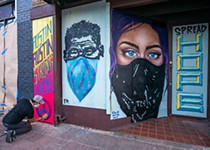