Not the Brightest STAAR

Parents, students, and teachers across Texas breathed a sigh of relief when Texas dumped the dreaded Texas Assessment of Knowledge and Skills test – right until they saw its replacement, the State of Texas Assessment of Academic Readiness. Now the new tests are so mired in controversy that Texas Education Commissioner Robert Scott has agreed to defer for one year the Texas Education Agency's implementation of what is called the 15% rule.

On Feb. 17, Scott announced, "I am modifying the Texas Education Agency's [STAAR] Transition Plan." As a result, the TEA will allow school districts and charter schools to suspend the 15% grading system – under which the end-of-course STAAR tests will count for 15% of a student's graduating score – for the 2011-12 school year. In his press release, Scott said that his change in position came from "conversations with the Governor's Office and clarification of legislative intent from the House and Senate." Earlier this month, the Senate Education Committee and the House Public Education Committee sent him letters asking him to hold fire. Since schools were already getting a one-year respite from the state's accountability system during the transition but students did not, the House members wrote that the situation "is not fair or right."

Scott's deferment announcement was a relief to the Austin Independent School District, as its trustees requested a similar waiver from him last November. He said no, but with this change in direction, Superintendent Meria Carstarphen announced that the board will vote on the matter at its Feb. 27 meeting. However, the result seems to be a foregone conclusion, as board President Mark Williams told the Chronicle before Scott's announcement that trustees would take advantage of any waiver.

Yet this leniency only solves one problem out of a gamut of issues that plague the new system, and it may create new ones. With testing scheduled to begin on March 26, the TEA has released surprisingly little information about STAAR. The TEA's own timeline means the agency will not approve performance standards for the end-of-course exams until mid-March, and those standards will not be implemented until May. There will be an even longer wait for grades 3-8, since their standards will not be issued until the fourth quarter of this year. Education Austin co-President Ken Zarifis argued that Scott's waiver is all too little, too late. "[The TEA] should have listened to people two, three years ago," he said, when education advocates and experts first warned them about the perils of high-stakes end-of-course testing and poor implementation.

Williams echoed those concerns, adding, "We won't know until we administer the test what is a passing grade," and the complications do not end there. Because the waiver is only for the 2011-12 year and not a student's entire career, he explained, "We're probably going to have to have some kind of conversion factor, based on some kind of scale factor of some sort of pass rate, but we haven't worked that out yet, and nobody knows."

Zarifis and Williams agreed that this volatile situation is far tougher on staff and students than it is on the board. The complaint is constant: If the state expects teachers to teach to the test, it would be nice to know what the test looks like. So far, the TEA has only issued rough blueprints and a limited number of sample questions. "How do you prepare for something you don't know?" Zarifis asked. The lack of information is just adding pressure to teachers. "Everyone is coming down and saying, 'You've got to get students ready,'" he said, "but no one is telling them what 'ready' is."

So was the problem in the legislation, how it was enacted, or both? After all, it's not like the TEA didn't have plenty of time to prepare. Senate Bill 1031, which instigated the changeover, was passed in 2007, and the TEA has been working on the standard-setting process since early 2009. Zarifis blamed the Legislature for passing an end-of-course bill without any thought to how it would affect classrooms. Williams ascribed some of the delay to the layoffs that hit TEA last September – all part of the state's budget-slashing program – but Drew Scheberle, vice president of education and workforce development for the Greater Austin Chamber of Commerce, takes a less a charitable view: Scott is, after all, the same commissioner who cancelled the controversial Texas Projection Measure after students had already taken their tests. What frustrated Scheberle most is that somehow the TEA had failed to learn the lesson from the equally bumpy shift from Texas Assessment of Academic Skills tests to TAKS in 2003, or from the switch from the Texas Educational Assessment of Minimum Skills to TAAS in 1990. Instead, districts have been left in the dark well into the new school year. Looking at the administration, said Scheberle, "These are all people who all knew and all went through this multiple times ... but the culture at TEA has always been 'I tell you nothing.'" 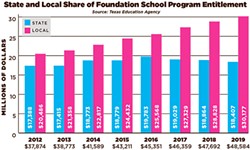 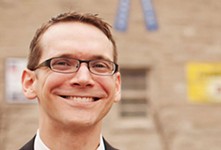