A 3-D Race for the Bench

After nearly 20 years as the black robe behind the bench of Travis County's 167th criminal district court, Judge Mike Lynch announced last year that he would retire. He's long been a favorite jurist among courthouse denizens, and the easygoing arbiter enjoyed an illustrious career as both a prosecutor and defense attorney before taking the bench in 1993. Replacing him, many agree – including those vying to fill his soon-to-be-empty seat – will be a tall order. Fortunately for county voters, there are three qualified Democratic contenders in the race. Because there are no Republicans running for the seat (there are, in fact, no GOP jurists on the criminal bench in Travis County) the contest will essentially be decided in the primary – whenever that will be; at this writing, May 29 remains the likely date. Here's a meet-and-greet with each of them, an introduction to their experience and to some of their reasons for running. 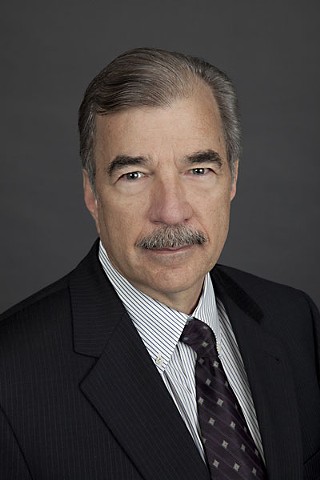 Growing up, Case thought he was supposed to be a doctor. He grew up on the grounds of Texas' Rusk State Hospital, where his father was a chaplain. As such, not long after graduating from law school, he applied and was accepted to the University of Texas Medical Branch at Galveston. After a year, however, he decided it wasn't his calling: Healing through justice was more his gig, he says. While in med school, Case worked as a defense attorney before joining the Travis County District Attorney's Office full time in 1986. For roughly 17 years, he has handled appeals for the office, a job that requires poring over hundreds of trial records. It's this job in particular, he says, that gives him an edge, because he's keenly aware of not only what prosecutors and defense lawyers face in court, but also what a judge faces when presiding over a trial.

He says he's running now because he's the most experienced candidate – this is important, he says, because the county's current felony criminal bench is fairly "young," on account of the turnover in the last decade of five of the seven jurists, who combined had more than 110 years of experience. With his own experience, Case says, he can tell "really quick" when the courtroom is out of balance. "I'm not going to allow ineffective assistance [by counsel] in my courtroom," he says, "because that case will be overturned on appeal, and that's not fair." Because any criminal conviction can in effect be a "life sentence," Case favors expanding the current pretrial diversion program run through the 167th court. Diver­sion and specialty courts (such as drug court and domestic violence court) help keep people out of prison when possible. "It's the only logical thing to do," he says. Part of keeping people out of the system is education that begins with youth – and particularly with at-risk youth. As a judge, Case says he would advocate the development of a mentoring program with county children that begins before they've actually had any contact with the criminal justice system, a cause he says he's dedicated himself to through his work with the Seedling Foundation, which mentors children with incarcerated parents.

Case also says he would use his position to advocate for a holistic approach to mental health issues, including creation of a "forensic" mental health team to keep track of individuals under civil commitment, to ensure they take medications, and have access to follow-up care that would help keep them out of the criminal justice system.

To this Travis County prosecutor, life is all about helping people. He grew up in a family of migrant farmers and says this is key to understanding his approach to the law. He understands that not everyone is born with equal opportunity or resources, and he says he believes the law is about "helping and empowering people" while "making the community stronger and safer."

As one of 10 children in a South Texas farming family, he saw up close life's inequities, and he believes some of those same inequities live on in the criminal justice system. In particular, he says that as a judge he would be committed to ensuring that all defendants, and importantly indigent defendants, have access to the same wealth of resources available to state investigators and prosecutors; defense attorneys, he says, should have the same ability to retain investigators and experts that the state enjoys.

He picketed for farm-worker rights with his family, worked in an asylum camp his first year after law school, and, while in the Army, defended servicemen as an officer with the Judge Advocate General Corps, before joining the Travis County D.A.'s Office in 1998. As such, De La Fuente says he understands the workings on both sides of the bar.

Still, De La Fuente says that to most residents, the work that goes on inside the courthouse is a relative mystery. He'd like to remedy that, he says, in part by taking the courthouse to the people, holding court at other locations in Austin, such as the UT School of Law courtroom, to educate the public about how justice actually works in the county. Moreover, he says he'd push for Texas lawmakers to change the law to allow jurors in criminal cases to ask questions (via the judge) of trial witnesses; currently that practice is allowed in civil courts but not in Texas criminal courts. Letting jurors ask questions, he says, would engage them more in the process and might reduce instances of hung juries.

For 35 years, Wahlberg, who is board-certified in criminal law, has practiced criminal defense work in Travis County. He's "wanted to run for judge for a long time," he says, but hadn't because "the process turned me off." It was the idea of asking friends for money – or worse, asking lawyers for money – that gave him pause. "I hate that idea; I think that's the wrong way to go about selecting judges," he says, "but that's the system we have." And so, with the encouragement of friends and colleagues, Wahlberg decided to toss his hat into the ring. And he's got a lot of reasons for doing so now. In short, he believes the system needs a "fresh approach." The bench lacks balance, he says. With five of the sitting judges having come straight from the prosecutor's office, he believes a one-sided mindset dominates the black robes. Not that being a prosecutor is a bad thing. "I don't want to knock them, because I like them all – they're all good people – but when you've been a career prosecutor, that sort of describes a particular outlook and a particular mindset," he says. "Plus, particularly if you've been a prosecutor for a long time, there is this network of relationships that develops between individuals in the [D.A.'s] office and the police department and so on. And it's unreasonable to expect human beings to completely set that aside."

As a private defense attorney, he's aware of the inequities defense lawyers face – particularly appointed attorneys – against the power and money of the state. Wahlberg says he'd like to expand the current pretrial diversion program (currently it's open only to true first-time offenders) and to use a "carrot-and-stick" approach with probationers. When defendants are on probation, he says, the state gives them a "list of 30 things" that if they don't accomplish, they'll be sent to prison. In other words, the system is heavy on the stick. In addition to the things a person must do to stay out of prison, he says, should be the things that will get him closer to independence – for example, probationers who earn degrees or take vocational training may be eligible for a cut in their probation. "Historically, we rely on the punitive approach," says Wahlberg. "It occurs to me that part of the problem is that we don't provide some positive reinforcements to go along with the negative reinforcements."

Wahlberg says it's time to create a true felony mental health court; a "designated court" for all defendants whose primary problem is mental illness, an operation similar to the family violence court run by County Court at Law Judge Mike Denton. "Our load of mental health cases," he says, "is to the point that we really need that."