Ally of Newt, Dough of Cog

In its Citizens United decision, the Supreme Court upended our democratic elections by decreeing that corporations and überwealthy individuals can dump unlimited sums of cash into campaigns to elect their favored candidates. Astonishingly, Justice Anthony Kennedy declared in his majority opinion that such a gusher of special-interest money would not "give rise to corruption or the appearance of corruption." Who knew so much political naivete could be cloaked in a single judicial robe?

Justice Kennedy, meet Sheldon Adelson – a product of your cluelessness about how real politics work. For years, this casino baron has spent lavishly on right-wing front groups to advance his personal agenda, including pouring money into Newt Gingrich.

The billionaire and the Newt became symbiotic buddies in the mid-Nineties, bonding over their shared fondness for crushing labor unions. Adelson was bitterly fighting Nevada unions, pushing a state law to crimp workers' rights. Gingrich, then the House speaker, endorsed Adelson's Nevada legislation and also backed a tax break in Congress for casinos. In turn, Gingrich got campaign cash, funding to support him after being drummed out of office in disgrace in 1998, free rides on Adelson's corporate jet, and backing for his present run for the presidency. In the past, the biggest personal check he could've taken from his casino sugar daddy was $5,000. After the Supreme's Citizens United edict, however, Adelson can go all in to push his willing servant into the White House.

So Newt got $5 million from Adelson to buy his recent South Carolina victory and another $5 million from Sheldon's wife, Miriam, to finance him in Florida. And next ... well, there's no telling, is there, Justice Kennedy, since you've legalized unlimited funds for the blatant corruption of America's elections? 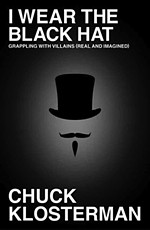