A Brighter Day for Martin Ezell

A bit of good news on the sex offender registry beat

After more than a decade of being required to register as a sex offender, Martin Ezell has finally found a way off the state's ever-expanding registry: Travis County prosecutors allowed him to retract his plea in a case of sexual assault of a child, and then quickly dismissed the charges against him – in "the interest of justice," the dismissal form reads. "I didn't honestly think that this day would ever come," said Ezell. "I was in the Army; I'm a Desert Storm veteran. I've done a lot of tough things. ... I consider myself fairly strong, but when I was asked [in court] if I had anything to say ... I broke down. I couldn't speak, because I just didn't believe it."

Ezell was 32 when he met his then-future wife in 1998. She was just 16. After her mother learned of the couple's relationship, Ezell was prosecuted for sexually assaulting a minor – in Texas, the age of consent is 17, and Ezell's wife was then just shy of that. Ezell entered a plea and was given deferred adjudication; he successfully completed his probated term, but nonetheless, under the state's complicated and numerous sex offender laws, was required to register as a sex offender for life. Ezell and his young bride have stayed together and now have three children. But Ezell has been unable to find any work – he has a master's degree from St. Edward's University and hoped to teach high school, but his status has prevented him, and his wife has had to take multiple jobs to keep the family afloat.

In theory, the state's sex offender registry was created as a way to let the public monitor dangerous sexual predators; in practice, it has become badly diluted because state laws require so many people to register – including so-called "Romeo and Juliet" offenders not entirely unlike Ezell (though, typically, Romeo and Juliet cases involve two youthful lovers). The crowded registry causes frustration for police tasked with monitoring the tens of thousands of people on the state's registry, a cost that largely falls into the laps of local police and sheriff's departments. (For more on the state's sex offender registry and the Ezell case, see "Sex Offenders Exposed," Sept. 10, 2010.)

And in Ezell's case, the impact of the registry is simply cruel: The couple's three children have, at times, been ostracized at school after peers or their parents have found Ezell's picture on the registry, and the family has had to move numerous times after neighbors have found him listed and have responded negatively.

Those days are, hopefully, almost over. On Jan. 12, District Judge Karen Sage signed an order (based on a motion filed by Ezell's pro bono attorney, former judge Charlie Baird) granting Ezell habeas relief, allowing him to withdraw his original guilty plea – setting aside the prior judgment and sentence – and ordering the Texas Department of Public Safety, which maintains the state's registry, to remove Ezell's name from the database. As soon as Sage had inked the order, prosecutor Mary Far­ring­ton signed off on a form to dismiss the underlying sexual assault charge.

For Ezell and his family, the resolution was a long time coming. "Everything looks different; the day seems a little bit brighter," he said. "It feels pretty good." 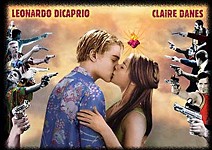