Formula One cranks up sustainability engine 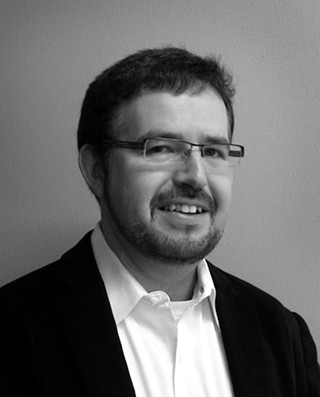 Can a Formula One race ever be truly green? For sustainable building expert Edgar Farrera, there is no other option. On Jan. 3 he was announced as the first sustainability director for Austin's Circuit of the Americas racetrack, and while it may sound like he is greening the ungreenable, he said, "If we can do this here, then there's no reason that other industries can't do it."

In all the debate over F1 contracts and Major Events Trust Fund cash, what has been neglected is that the circuit is intended to be a year-round research and testing campus. As a LEED-
credentialed architect specializing in sustainability, Farrera could only make a building as green as possible and then hand it over to the client. As COTA's sustainability director, he will be involved in the long-term implementation of sustainability practices after construction. "Solutions need to go beyond the four walls of the structure," he said. "Ultimate­ly, they need to move out into the neighborhood, the district, in this case the campus."

Farrera said his immediate priorities for the racetrack will center on "laying the groundwork for a lot of our long-term operational issues ... how are we going to maintain this site, what are we going to do about waste, what are we going to do when we start looking at partners." The circuit will effectively become a landlord: There will be short-term tenants like races and long-term tenants including vendors, research groups, and testing facilities, all of whom will have their own unique environmental impacts. He continued, "Part of our responsibility is to offer them options to either minimize that impact, offset that impact, or educate them about having that impact in the first place." In the long term, his job will transition into establishing the circuit as a model for best practices for major events. With a global TV audience of more than half a billion for an F1 race, his big hope is that "if we can get a few seconds of those 500 million eyeballs on something, there's tremendous residual secondary value."

The Circuit of the Americas was always intended to have a green aspect, and the management has already made an environmental commitment to the city of Austin, obligating it to a swath of sustainability measures from on-site composting and recycling to establishing a low-carbon transportation technology incubator. The measures were spearheaded by Council Member Chris Riley, who called them a starting point rather than a goal for the site's environmental impact. His office has lauded Farrera's hiring; Executive Assistant Matt Parkerson said that Riley was "extremely pleased, just from his résumé, that they took this position seriously."

Farrera called the deal "obligations we've made, but we want to go beyond them and really marry the idea of sustainability with our brand identity." A graduate of the University of Texas School of Architecture and a veteran of the city of Austin's design commission and airport advisory board, Farrera has worked on high-profile projects like the 1990 Capitol restoration before joining Austin-based architecture firm Barley & Pfeiffer for nine years. "That was my introduction to sustainability as it relates to architecture," he said. "Peter [Pfeiffer] has built a national reputation in residential and small-commercial green building. ... He has a very strong conviction behind understanding the science behind what is effective in terms of providing real benefits for high performance." Farrera is used to what he called "the different shades of green," where the ecological expectations of a charity may be different from that of a government agency or a commercial client. That means taking on obviously eco-friendly projects like the LEED Gold-certified Sally Cheever Girl Scout Leadership Center, as well as meeting the Department of Defense's tough environmental standards for the Euro-NATO Joint Jet Pilot Training Facility at Sheppard Air Force Base in North Texas. He said, "If we want to have a beneficial impact on reducing climate change, we can't just say, 'Only these projects are deserving of our skills and attention, and these others we're just going to push aside."'

Farrera is walking into a project that is well under way, and he only has a limited time to affect this opening volley of construction. Even with the contractual wrangling between COTA and Formula One Manage­ment delaying development (See "Formula One Back in Play," Dec. 9, 2011), vertical construction has already begun at the Elroy site just southeast of Austin, and the project needs a working track ready for the inaugural race on Nov. 18. He is fully aware that he is only one part of a larger team ("I'm a licensed architect, but I'm not the architect of this project") and is equally sensitive to the inevitable accusation that his appointment is merely greenwashing. After two decades in sustainability, he said, "It certainly was important to me, before I made the decision to come here, that I felt comfortable that I was stepping into a situation where I was going to make a legitimate change."

Formula One, Circuit of the Americas, Edgar Ferrera, LEED, sustainability