slip into something more comfortable: Perry, Freud, and more

When did it all come crashing down for Rick Perry? The "Oops" moment? Getting Election Day wrong? No, it was when publishers Henry Holt pulled the plug on this history of Gov. Goodhair by Karl Rove biographer James Moore and Democratic campaign pro Jason Stanford. The reason? His polling numbers were so bad that a hardcover edition was no longer commercially viable. As Stanford put it: "Apparently [Perry]'s found a new way to screw Demo­crats. He's run such a bad campaign that we lost our book deal." Fortunately for the authors, the Interwebs make digital publishing easy, with a self-published paperback on the way. – Richard Whittaker

Bill Adler's definitive biography of rebel labor legend Joe Hill not only solves the mystery of Hill's conviction and 1915 execution by the state of Utah – uncovering documentary evidence that confirms Hill's innocence of murder – it vividly portrays an entire era of U.S. and working-class history in astonishing detail. Just as in his previous revelatory books – Land of Opportunity (1995) and Mollie's Job (2000) – Adler recounts his central story of Hill and the Wob­blies (International Workers of the World) so that it opens up a period of extraordinary exploitation and heroic rebellion among the immigrant miners, dockworkers, pickers, and their millions of fellows at the turn of the century. It's a gripping read, an indispensable book, and a wonderful gift for the 99 Percenter on your list. – Michael King

Albert Einstein, Sigmund Freud, Andy Warhol, Socrates: One of these things is not like the others. If you guessed Warhol, you're sufficiently learned (and willfully unhip enough) to buy your holiday presents through the Unemployed Philosophers Guild. If great thinkers or pop artists aren't your thing, a St. Sebastian's pincushion doll or finger puppets of Sherlock Holmes, Frida Kahlo, and many others, including "Most Obscure" figures like Michel Foucault or Søren Kierkegaard, are also available. And if puppets frighten your horses, consider a coffee mug bedecked with Shakespearean insults ... or a pair of Freudian Slippers to contemplate them in. Best of all, some of the proceeds benefit the Center for Justice and Accountability, Doctors Without Borders, or Women for Afghan Women. Great gifts, great giving: www.philosophersguild.com. – M.K.

According to Amazon.com, former state Rep. Glen Maxey has just published the e-book Head Figure Head: The Search for the Hidden Life of Rick Perry. According to the online listing, it's the result of five months of Maxey's exhaustive investigation of "rumors and stories about Perry," specifically on the question of whether "Perry possibly may have had homosexual sex." Curious? "Read this remarkable book and decide for yourself." Kindle edition: $9.99. – M.K. 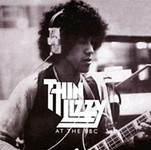 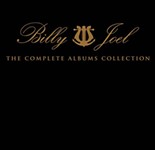