A Possible Tip for Tips in Murder Case

Did you know Mark Alan Norwood in the late Eighties? 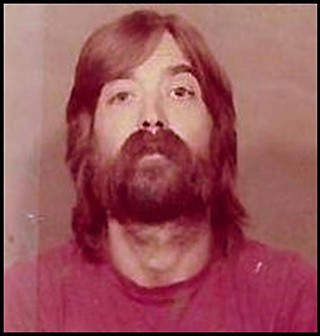 This is what Mark Norwood looked like in the late Eighties. (Photo courtesy of The austin police department)

Do you know Mark Alan Norwood – or, more importantly, did you know him or come into contact with him in the late Eighties? In particular, the Austin Police Department is looking for anyone with information about his possible involvement in the bludgeoning death of 34-year-old Austin mother Debra Masters Baker, who was murdered in her home on Justin Lane in 1988, just blocks from where Norwood lived until early that year. Police say Norwood was convicted of theft in the spring of 1988 in connection with two home burglaries in that area. He has also been charged with the 1986 capital murder of Christine Morton, whose husband, Michael, was recently released from prison after 25 years, after Norwood's DNA was found mingled with Christine's on a bloody bandana found near the couple's home. Norwood's DNA has also been found in a hair recovered from the Baker crime scene. Police are asking anyone with knowledge of the Baker murder; any friends, neighbors, co-workers, or acquaintances of Norwood's; and anyone who might have bought or received stolen property from Norwood around this time to call the APD's homicide tip line at 477-3588, contact Crime Stoppers at 472-TIPS, or text "Tip 103" plus a message to CRIMES (274637). A cash reward of up to $1,000 is available for tips that lead to an arrest or charges being filed in the case. (For more on Norwood and Morton, see "Morton Prosecutor Wrote the Book on Crime," Nov. 18.) 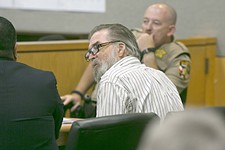 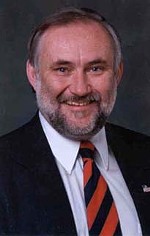