Bastrop residents hope to reunite with their pets

People hoping for something, anything, like good news coming out of Bastrop can look to the animals.

As we go to press Wednesday, more than 100 animals lost or left behind by families rushing to evacuate their homes had been rescued by animal services organizations in the area and were safe in the Bastrop County Animal Control and Shelter.

Until Tuesday, those animals were being held in other places, complicating coordinated rescue-and-return operations. Late Sunday evening, as the flames approached, Bastrop County Animal Con­trol had been forced to evacuate its facility and move all of the animals to either the Austin Humane Society or Austin Pets Alive!. As of Monday, the Humane Society was housing about 60 dogs and cats that had been staying in the Bastrop facility before the fire. Meanwhile, Bastrop officials set up a temporary shelter outside the police station on Grady Tuck Lane and waited for the flood of animals.

On Tuesday, "there were dozens of people coming by the temporary shelter looking for pets they'd lost or had left behind because they had to leave too quickly," said Lisa Starr, public relations manager for AHS, which took in 81 animals from the makeshift shelter. "One woman I spoke to had evacuated on Sunday and tried to go back to get her dog, but the authorities wouldn't let her back. Her house burned down. It was extremely sad."

With only about 30% of the fire contained, Starr says animal rescue groups are working entirely in a "reactive mode, not a proactive mode," meaning fire authorities and county officials won't allow them to conduct search-and-rescue operations in homes or buildings.

"We were trying to arrange operations with Travis County and with Bastrop Animal Control," says Starr, "but we haven't been given clearance by the Department of Emergency Management."

What the Humane Society, animal control, and other rescue groups are doing instead is trying to figure out which of the rescued animals are adoptable now and which belong to people who may or may not know where to pick them up or may or may not even be in the area. The Humane Society is currently holding on to those original pre-fire animals while helping Bastrop determine the identities of the animals misplaced in the evacuation process.

"Things are still really uncertain," says Starr. "Right now, we're trying to identify and call all the owners we can. We're setting up visitations; unfortunately, many owners aren't in Bastrop currently. But we're not adopting any animals from Bastrop yet. We want to give owners the maximum opportunity to find their pets." As for the experience of being at the makeshift facility, clamoring to find pet owners in the midst of a mass evacuation, Starr described it as "surreal."

"There was ash falling from the sky," she says, "and the whole sky was hazy. There was smoke billowing, and you could see planes dipping down to pick up water from lakes and then dropping that water onto the flames. And all the time, we were listening to heartbreaking stories from people about their lost pets." Starr says she talked to one woman who returned to her home to find her dog dead and her three cats missing.

The good news is that the winds have shifted, and Bastrop County Animal Control and Shelter has reopened. That's where worried pet owners should begin their searches. The Humane Society also has records of all animals that have been rescued since the fires began. Concerned owners can also send a picture with information to info@austinhumanesociety.org or call 646-7387.

Meanwhile, for those who haven't lost a pet but who want to help, the Humane Society needs canned cat food, kitty litter, and gift cards to PetSmart, PetCo, and Sam's Club. Cash donations are also welcome. 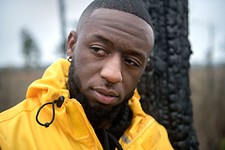