Will Spears Run or Retire?

Tax Assessor will make her intentions known on Friday

Tweet
print
write a letter
Longtime Tax Assessor-Collector Nelda Wells Spears is expected to announce Friday whether she intends to run for re-election in 2012 or retire at the end of her term, as many people are predicting. In a brief phone conversation last week, Spears declined to comment on her intentions. Precinct 5 Constable Bruce Elfant is believed to be weighing a Democratic primary bid for the position should Spears decide not to run for another term; however, at press time Elfant had not responded to queries. Spears has served as tax assessor since 1991, and the job currently pays $112,321. In 2008, Spears survived a grueling Democratic primary battle against challenger Glen Maxey, a former state representative who waged an aggressive campaign against the incumbent, portraying her as an ineffective career bureaucrat. Spears won overwhelmingly. 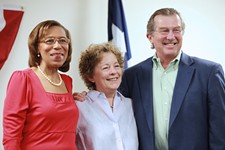 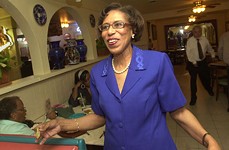