A look at the mess they’ve made Not only did the Legislature pass a budget that cuts total spending by $15.2 billion and general revenue spending by $1.6 billion, but it also had to use smoke and mirrors to cover its tracks. Here are some of the more egregious accounting tricks.
– R.W.

• Another $2.3 billion in "deferred payments" to schools. Basic­ally, the state will hold back its August 2013 payment until September. That means the state will still have to pay it in the next biennium, but that will be the 83rd Legislature's problem.

• A $700 million cut in medical spending that depends on a federal health care waiver. No waiver, no savings.

All this happened while the state was estimated to have $6.5 billion left in the Rainy Day Fund, much of which will now have to cover that Medicaid shortfall and the deferred school payments in two years' time.

A mixed bag of reforms, and the worst proposals got no traction. – Jordan Smith

• Consolidation of juvenile prison system, including closing the worst joints

• Measures to ease burden of court-imposed fines on indigent

• No real reforms of faulty eyewitness convictions; recommendations only 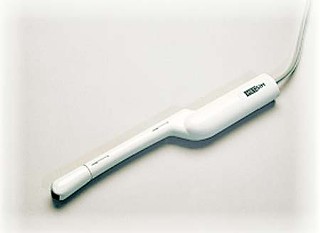 Texas women take a backseat to anti-abortion politics and the war on Planned Parenthood. – J.S.

• More money for "Alternatives to Abortion" counseling without health care

Worst of the Worst

• In Texas House redistricting, Republicans finally gave up on all but one Travis County district.

• Voters must present photo ID to vote; supposedly to deter voter fraud, but Dems say it will keep poor folks out of the polls.

• The GOP shredded Travis County in the Senate, splitting it four ways, including a district stretching from Montopolis to Laredo.

• Both the House and Senate maps may be illegal: While the Anglo percentage of Texas' population went down, the number of Anglo-majority districts went up.

• Congressional redistricting never got moving in the regular session, but maps came out the first day of the special session, slicing and dicing Travis County up five ways.

Environment: Win Some, Lose Some

Any environmental progress at all from the 82nd session (assuming Perry signs the bills) is a victory in itself. – L.N.

• Oil and gas companies required to disclose chemicals used in hydraulic fracturing ("fracking," a process that could threaten groundwater).

• The first steps taken toward a state television-recycling program

• Those fracking disclosures could be delayed for another year.

Every session, the Legislature passes thousands of tip-of-the-hat resolutions. The most sought after accolade is to become the state's officially designated whatever-it-is-you-are. Not everything passes: The hamburger will have to wait another session to become the official state sandwich, and Lipscomb County's desire to become the turkey buzzard capital never even got out of committee. – R.W.

The Red Drum: the official State Saltwater Fish of Texas