The Wrong Way To Right a Wrongful Conviction

Graves sues for compensation for time spent behind bars 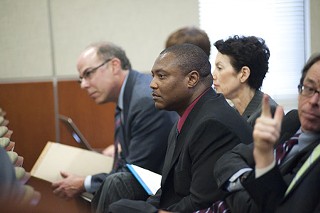 Lawyers for Anthony Graves – wrongly convicted in 1994 for the murder of a family in Somerville and finally freed late last year – were in court May 26, facing Texas Attorney General Greg Abbott's office, which is trying to have Graves' suit tossed out of court. Graves filed the suit as part of an effort to restore his reputation and clear the way to receiving more than a million dollars in compensation from the state for the nearly two decades he spent behind bars.

Graves was convicted of the 1992 murders based almost entirely on the testimony of Robert Carter, who said Graves helped him kill Bobbie Joyce Davis, her daughter, and four grandchildren (one of whom was actually Carter's son). Carter later recanted, saying that Graves wasn't involved in the crime, but then-Burleson County District Attorney Charles Sebesta failed to notify Graves of that fact. (Carter was executed for the crime in 2000.)

In 2006, the 5th U.S. Circuit Court of Appeals overturned Graves' conviction based on Sebesta's misconduct. Nonetheless, the state vowed to retry him and kept him locked up for four more years while prosecutors from the A.G.'s Office tried to build a new case. It then left the case, and in its place the court appointed former Harris County Assistant District Attorney Kelly Siegler. In October 2010, Siegler and the Burleson D.A. dismissed the charges; Siegler publicly announced that Graves was innocent and that the case against him was a "travesty." Yet, because a court had not deemed Graves actually innocent, Comptroller Susan Combs denied Graves access to compensation for his wrongful conviction. Lawmakers this session acted to change the compensation statute to ensure that Graves and others like him would be eligible for the up to $80,000 per year for every year spent behind bars – but that provision (part of House Bill 417) is still awaiting the signature of Gov. Rick Perry.

As such, Graves' lawyers argue, there is nothing certain about his ability to collect from the state, but meanwhile, Graves needs his reputation restored, they argued before Travis County District Judge Orlinda Naranjo last week. "We are here because Mr. Graves suffered constitutional injury to his reputation," attorney Brian McGiverin, among the attorneys representing Graves, told the court.

Assistant A.G. Joshua Godbey argued, however, that Naranjo should essentially toss the suit: Graves should have appealed the comptroller's denial of his claim to the Texas Supreme Court instead of suing the A.G. Moreover, he said, a civil court is hardly the right venue for Graves to seek a declaration that he is actually innocent of the Somerville murders. The criminal appeal process is the "sole means by which you can get a verdict of actual innocence," he said. "Mr. Graves went through that process ... and had arguments for actual innocence [heard by various appeals courts], all of which were rejected by those courts." (Godbey also argued that because HB 417 has passed, the case is essentially moot – but with the bill still awaiting Perry's signature, Naranjo seemed disinclined to agree with the A.G. on that point.) But the primary purpose of the suit, argued McGiverin, is "about restoring Anthony's name" – a right guaranteed by the Texas Constitution – making the civil court the perfect place to obtain a declaratory judgement that would do just that. Graves might not be in prison any longer, McGiverin said, but that doesn't mean the damage to his reputation isn't still real; indeed, Graves' original prosecutor, Sebesta, still has a website that declares Graves is actually guilty of the Somerville murders. Graves couldn't take this grievance to a criminal court any more than a person seeking redress for libel would.

Also at issue is Abbott's attempt to collect some $30,000 in back child support from Graves for the time he was in prison. Under the state's plan for compensating the wrongfully convicted, in addition to the monetary payout for exonerees, the state also agrees to pay the back child support, transferring money from the comptroller to the A.G.'s Office, where it can be paid out. Graves argues that Abbott, as the state's top law enforcer, can make his own determination about Graves' guilt in order to take care of the child support payments, and also has the ability to not pursue Graves for the money at this point. But Godbey says Abbott's office is "duty bound to attempt to collect that debt." But, argued McGiverin, "there is nothing in the statute that says the attorney general can't come to an independent conclusion that [the] conditions are satisfied [as to Graves' innocence] in order to pay the child support" with state funds.

Naranjo did not rule from the bench but has taken the case under advisement; there is no deadline for her ruling. 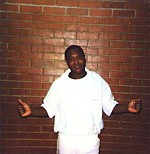