It's Teacher Appreciation Week, but you'd never know it at the Lege 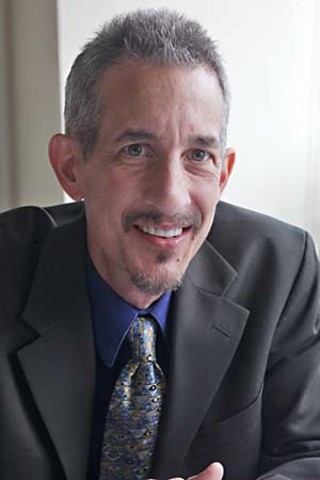 In case you hadn't noticed amid all the layoffs, budget cuts, and changes to employment law, it is Teacher Appreciation Week in Texas. The bitter irony of the situation has not been lost on statewide teachers' union Texas AFT, which issued a satirical press release May 2 on behalf of lawmakers, stating, "In honor of Teacher Appreciation Week, we're going to cut your pay, furlough you, cram more kids into your class, and water down your employment rights."

Beyond the crippling multibillion-dollar cuts to school funding pending in the state Legislature, Texas AFT and other education advocates are watching two job bills in particular. Senate Education Committee Chair Florence Shapiro, R-Plano, has called her Senate Bill 12 a mandate relief bill, as it would give school districts contract flexibility on issues like unpaid furloughs and salary cuts. And House Bill 400, by Public Education Committee Chair Rob Eissler, R-The Wood­lands, would increase permissible class sizes, dump the state's minimum teacher salary schedule, and make it easier for school districts to declare financial exigency – the first step toward layoffs through a reduction in force, or RIF. Texas AFT secretary-treasurer Louis Malfaro said: "They want to tell everyone on the last day of school: 'Guess what? We're laying you off.' How is that fair?"

Austin Independent School District is already going through its own firing bloodbath. Out of the 1,153 jobs hacked off during AISD's reduction in force (see "Final Blow: AISD Approves Job Cuts," April 1), only 453 have been resolved. Of those, 34 were vacant positions, 145 employees quit or retired, and 274 have been rehired to fill open positions. That leaves 700 workers in limbo. The district held a major internal job fair on May 3, and before that, Education Austin co-President Ken Zarifis said he hoped school principals will become more pro-active about rehiring qualified staff. "The positions are out there," he said.

However, returning AISD staff could be working under very different conditions. On April 25, the AISD board of trustees approved a motion adding an extra year to the length of probationary contracts for new teachers, pushing them to four years and making it easier to cut them next year. Conversely, the 7,500 district employees on multi-year contracts will shift to single-year contracts when their current deals expire. That policy switch will hit 3,100 employees this fall and 2,500 next year.

For AISD board President Mark Williams, the policy is about creating a fallback position if HB 400 and SB 12 do not pass. Even after the reduction in force, the district needs those measures to pass so that its budget predictions of a $94.4 million shortfall in 2011-12 are even close to accurate. After the savings from staff layoffs, plus additional cost-cutting measures like utility efficiencies, the district will still need to take $46 million from its $140 million fund balance. If the final state budget is less damaging than expected, then the board will just pull less from savings. However, Williams said, "If furloughs don't come in, if the pay decrease doesn't come in, that just means a bigger hit to fund balance than we were anticipating."

Neither HB 400 nor SB 12 has passed yet, and lawmakers are under dramatic external pressure on both. "Unless drastic changes are made to [HB 400], it will be detrimental to the success of our students and teachers," said Brock Gregg, governmental relations director for the Association of Texas Professional Educators. Both ATPE and the Texas Classroom Teachers' Association back an amendment by Rep. Larry Phillips, R-Sherman, adding a Sunset provision to the furlough portions of HB 400. But both the Texas Association of School Boards and the Texas Association of School Admin­istrators back what TASA called HB 400's "much-needed spending flexibility" and oppose the Phillips amendment. Malfaro accused school boards and administrators of "overreaching" by pushing for permanent furlough powers, so now lawmakers "have got us down there like scrappy junkyard dogs, fighting over the bones."

That fight could be a stalemate, since SB 12 has been stuck on the Senate intent calendar since April 19 and lacks Democratic support. As for HB 400, Houston Democrat Borris Miles delayed debate with a point of order on April 26 that sent it back to committee for a rewrite, and it is still not scheduled for a full House debate. House Educa­tion Com­mittee Member Donna Howard, D-Aus­tin, said there are "behind-the-scenes discussions" in the Legislature to make HB 400 "more specific [to] the immediate funding crisis." However, she argued that rule changes are as inevitable as the budget cut. "There's no option here," she said. The real question now is whether changes can be crammed in before the session ends on May 31, or if lawmakers will be back for an education special session.