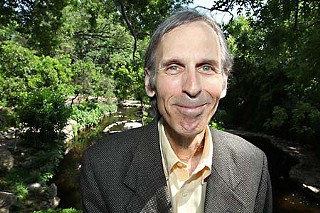 • Early voting is under way for three City Council contests, with turnout predictably underwhelming so far. Election day is Saturday, May 14; early voting runs through May 10. For the latest campaign consternation, visit Election Central at austinchronicle.com/elections.

• Activist Paul Robbins (r) released a report this week critical of Austin Water's conservation efforts, citing "slow progress" despite "a growing drought." The analysis – titled "Read It and Leak" – focuses on both the utility's achievements and its lost opportunities, and makes several recommendations for reform. See www.environmentaldirectory.info.

• Travis County commissioners on Tuesday said they support a proposal by County Clerk Dana DeBeauvoir to do away with the current voting system requiring voters to cast ballots in their precincts on election day, to be replaced with "vote centers" that can accept voters from any part of the county (similar to early voting now, but with far more polling places). A public hearing will be held this summer, and DeBeauvoir wants to pitch the idea to the secretary of state by Aug. 15.

• Turn off your cell phones. Mayor Pro Tem Mike Martinez is left with technical egg on his face after he posted a picture of his council election ballot to his Facebook page – a violation of state law regarding wireless devices at polling stations.

• The city's controversial tax breaks for historic properties are moving closer to reform. On April 28, the Historic Landmark Commission presented council with proposals that the commission suggests might reduce abuses of the program while encouraging participation in lower-income neighborhoods.

• The last of Capital Metro's experiments with Saturday MetroRail service is this weekend. In conjunction with the Pecan Street Festival, the Red Line will run Saturday, with the last train leaving Downtown at 11:35pm. For the full schedule, go to www.capmetro.org/metrorail/special-service.asp.

• A new analysis by the Legislative Budget Board shows that for the first time in 27 years, the proposed state budget would not meet the state's obligations to fully fund public education, including enrollment growth.