If drug court isn't the answer, what is? 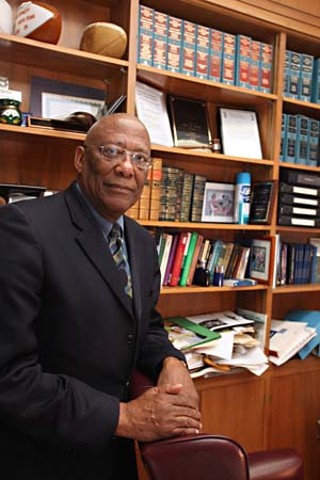 Let's face it: America has a drug problem. Perhaps the biggest part of this problem is how we choose to address it. Roughly 1.6 million drug users are arrested each year, according to FBI statistics – the vast majority for simple possession – and the overwhelming response is to process drug users through the criminal justice system, where they may or may not actually receive treatment.

Still, there is a subset of individuals who, during the last 20 years, have been able to escape that fate. With the advent in the early Nineties of "drug court," some have been given an opportunity to stay out of jail, get into treatment, and, in some cases, have the original charges against them dismissed. Travis County has one of the nation's oldest drug courts, begun in 1993 and presided over by Judge Joel Bennett, a true believer in the model – a program of mandated treatment, strong judicial oversight, and sanctions for noncompliance. To judge by the results of a 2009 study by the Council of State Gov­ernments Justice Center, the local program has been successful: More than half of the 340 participants during 2005 and 2006 successfully completed the program, and only 27% of those went on to reoffend. The recidivism rate was far higher for dropouts (69%) and for those, in a comparison group, who did not go through drug court at all (50%). People's lives have been changed in this program, says Bennett, and the group is joined by a common thread: They want to be sober.

But that isn't the overall experience in the nation's more than 2,000 drug courts, argues the Drug Policy Alliance, which in March published a new report, "Drug Courts Are Not the Answer." Criticisms of drug courts have been around as long as the programs. Many are accused of cherry-picking participants most likely to succeed – including casual users popped for possession but who don't necessarily have a drug problem (and therefore constitute a misuse of scarce treatment resources). Critics also charge that drug courts equate "treatment" with "punishment" (a poor public health strategy) and are not standardized (leaving individual judges to rule the roost). These shortcomings have occasionally led to big problems for participants. (For example, some – after languishing in the program for years – have then been sanctioned for a rules infraction and sent to jail for far more time than would have been imposed had they simply pleaded guilty originally.) Moreover, the program lacks far-reaching impact because the number of people accepted is so small relative to the number charged with drug possession.

According to the DPA, there is no doubt that drug courts do some good. But the question is this: Are drug courts "good social policy as compared with other available approaches to addressing drug use"? According to the DPA, the U.S. needs to get outside the drug-war box and rethink drug use as a public health issue. "We have not argued in the report for the elimination of drug courts," says one of the report authors, Margaret Dooley-Sammuli, South­ern California's deputy state director for the DPA. "But we want to put them into the continuum of services." Why are drug users in the criminal justice system at all, she asks, if "the only issue is their drug use?"

That's a good question. While drug courts should be a part of the system, they should be reserved for individuals expressing criminal behaviors driven by drug use – say, cases of theft or burglary. At present, most drug court programs ban participation by individuals without previous criminal justice system contact or who are facing concurrent charges – even if nonviolent in nature. In all, DPA believes that public health – not punishment – should be the focus of our approach to drug use and abuse, much the way it is in countries such as Portugal, where decriminalization has not led to an onslaught of new drug use or drug tourism, contrary to fears expressed by decriminalization opponents.

Absent a paradigm shift that radical, however, there are plenty of modest improvements that can be made. Take Senate Bill 1076 by Sen. Rodney Ellis, D-Houston, which seeks to divert potentially thousands of low-level drug users from prison into treatment and other services. Here's how it would work: A person would be charged with drug possession and plead guilty; a judge would assess the case and sentence the person to probation, where a course of specialized treatment would be prescribed – drug treatment, job training, etc. Violations would lead to progressive sanctions, with confinement imposed only as a last resort. Consider it an expansion of the drug court idea. Or – as Ana Yáñez-Correa, executive director of the Texas Criminal Justice Coa­li­tion, calls it – "a blueprint" for reforming the way the state handles these low-level offenders.

In 2010, 22,000 new inmates were sent to Texas prisons for drug offenses – a whopping 73% of those for mere possession – at an annual cost of more than $18,500 per inmate. That's a lot of dough – money that the state, facing its $27 billion budget shortfall, simply doesn't have to dole out. And it's especially wasteful when you consider that these are nonviolent offenders. In other words, we're spending hand over fist to lock up people we're simply "mad at," which reduces space for those we're actually "afraid of." Ellis' bill is applauded by many in the criminal justice system – including Dallas' venerable Judge John Creuzot, who oversees that county's drug court. The bill uses evidence-based research and practices to "move the ball down the road just a little bit farther" toward providing treatment for those who need it and ensuring we're spending money to lock up the right people, he told the Senate Criminal Justice Committee. A modest proposal, yet the bill remains in committee, its future uncertain, in part because of push-back from prosecutors.

That is a shame. Ellis' bill represents an opportunity for policymakers to figure out exactly where the treatment infrastructure in Texas is weak, or lacking entirely. Under the bill, judges would have to document the lack of resources keeping them from imposing the bill's provisions. Moreover, if successful, the law could be expanded to serve others accused not just of possession, say, but of crimes often associated with drug addiction. It's exactly the sort of program that Dooley-Sammuli believes is a better model than drug courts. Probation-based systems are statutory, which helps avoid the cherry-picking problem, and they're less expensive. In Texas, probation and treatment services cost just $3,227 per client, per year. And probation-based systems "retain more separation between the criminal justice system and the health system," she says. Indiana has passed a law similar to the one proposed here, as have Kentucky and New York; and in California, where voters in 2000 passed Proposition 36, a treatment-not-jail initiative, the number of individuals incarcerated for simple possession has dropped by 55%. "This is a very small step toward addressing a very large problem," says Yáñez-Correa. "Even though it is a valuable step ... the challenge we still have is that the voice of the prosecutors [currently outweighs] everyone else." 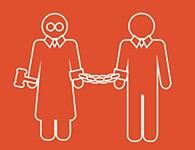