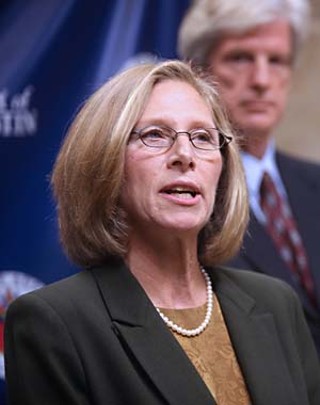 Is Laura Morrison "the Berkeley girl who put up her Birken­stocks to come and serve you"? An astute politician who rose to prominence riding the zeitgeist of neighborhood association politics? The independent holdout on otherwise consensus-driven council policies? All of the above?

Whatever your hybrid answer, incumbent Morrison is the unstoppable force in Place 4 this spring. The "Berkeley Girl" characterization comes courtesy of her always entertaining council colleague Sheryl Cole, and it's a nod to Morrison's West Coast history, where she was a flower child/engineer working for Lockheed Martin prior to her moving here in 1981. It was her eventual involvement in her own Old West Austin Neighborhood Association and then her presidency of the Austin Neighborhoods Council that served as a springboard for her own council ambitions, as well as the increased prominence of neighborhood politics as a whole, playing out each week on a City Council zoning agenda. 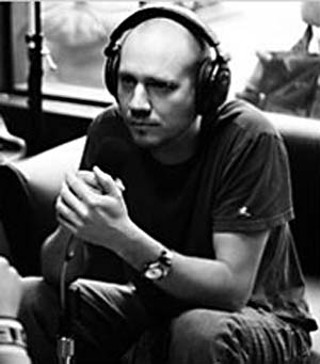 Morrison says hers is a politics of citizen involvement; one thing she learned early "as a citizen working with City Hall, sometimes it's really hard to move staff in the direction you feel like they should be moved" – but when the movement finally occurs, it can pay great dividends. "There was a real cultural shift at the animal shelter," she says, feeling its achievement of the "no-kill" goal came in part due to impassioned citizen involvement. "Our boards and commissions are a key element of good government at the city," she says.

Issues she's currently focused on include social service needs. She's on the board of the Community Action Network and highlights some surprising findings in its latest dashboard report – including, pointedly, that during the previous decade, Austin's low-income population grew at twice the rate of the overall population. Morrison also serves on the council committee that has overseen the overhaul of the city's social service contracts, and it's largely on that front she'll continue to work heading into budget season. In her work with CAN, she describes creation of a "universal eligibility form," drafted so that when a resident comes in looking for assistance, he or she can sign up for a portfolio of social assistance, enabling the city to "get more bang for their buck." Similarly, toward the end of budget season last year, Morrison recalls: "They announced that Health and Human Services had saved $1 million. 'You guys saved a million dollars?' I don't think they should have." Instead of dispersing all the money back into the General Fund, Morrison moved that $380,000 be returned to H&HS. Morrison says she was "recently informed by staff that in fact $550K is available after the truing up of the budget," funds she says "we will soon move over to social services."

Beyond these subjects, it's Morrison's stance on neighborhood and development issues that has defined her time on the dais – and even before that, she opposed the Spring Condominium tower and led the city's McMansion task force. She believes the McMansion ordinance, tweaked since its initial passage, has worked to do its job of protecting existing neighborhoods; moreover, she argues, there's nothing inherently affordable about density in and of itself. "You can't just say that giving entitlements is gonna give you affordability. It just doesn't work that way." 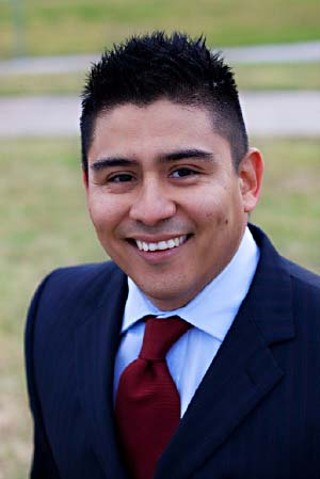 One win-win example she cites is zoning for a proposed convention center hotel at Congress and Second, where Morrison offered greater floor-to-area ratio than the developer initially requested, with the provision that the additional square footage would adhere to Downtown affordability guidelines. "It doesn't just happen if you just incentivize density without having a guide for getting affordability in at the same time," she says.

Additionally, Morrison has been council's strongest proponent of the city's controversial historic landmark zoning program, which grants tax abatements to owners of historic properties for renovation and upkeep, but has also been derided as a giveaway to mansion owners. Last June, she and Cole were the two votes against initiating changes to the program. "I am a proponent of preservation," says Morrison, noting she also called for an analysis of preservation's positive financial impact to be delivered to council, along with proposed changes to the landmark ordinance; originally due at the end of last year, the changes have been delayed but are due this month.

Announcing his candidacy in February, 101X radio deejay Toby Ryan sought to challenge Morrison along lines that NIMBYist neighbors and council policies were impacting the city's live music scene. "The city loves to fly the 'live music capital' flag, but they don't always make the choices that will nurture and grow that," says Ryan, "even though it brings hundreds of millions of dollars into the city."

While Ryan announced with a campaign team in place, seeming serious enough about the endeavor that he took a desk job to stay off the airwaves (avoiding "equal time" demands for the station), he's run an admittedly nontraditional campaign, skipping practically all forums to instead focus on voter registration, in hopes of tapping into young citizens who traditionally don't vote. (Former Council Member Brewster McCracken attempted a similar strategy, although combined with a traditional campaign, in his unsuccessful mayoral bid.) In contrast to his broadcast name, Ryan appears on the ballot under the somewhat unwieldy moniker K. Toby Ryan Hill.

On the issues, the expansion of Downtown parking – which Morrison incidentally opposed in a 6-1 vote – has been Ryan's main target. "On a Tuesday night when a band plays at Lucky Lounge for 10 percent of the total billing, the bar might bring in $500," Ryan posits. "That means a band of four people got paid $50 for four hours of work – they split it four ways. Now, how's the parking going to affect them if they're gonna spend money just to park that evening? They're gonna stop playing," with a ripple effect on the live music economy. Ryan's been vocal but less specific on other music issues, like changes to music permitting and its effect on changing neighborhoods like Rainey Street. While conceding "a noisy few can ruin it for everyone," he argues that "eight years ago, you didn't go to Rainey Street because it was nothing but homeless crackheads running around. And now they're complaining that there's a guy with an acoustic guitar down the street?"

A more regular presence opposite Morrison at the forums has been Eric Rangel, a young, polished speaker whose grandiloquent language, echoing thinkers from Plato to Obama, is matched by the mushiness of his policy positions: support for single-member districts, expanding public transportation, and supporting local businesses. He has suggested slightly more specific proposals on the campaign trail, including unspecified "tax breaks" for families with young children and allowing other utilities to compete with "the monopolization of Austin Energy."