House: Livin' on a Pair

Tracking the Travis delegation through the 82nd Lege

For Travis County state reps, two is the magic number. Four of the six local reps managed to get a pair of bills each out of the House and into the Senate before the Easter break, and that deadline may turn out to be an important one for getting a bill passed. From here on, the calendar gets tight. The next key date is May 12 – the last day for House committees to report House bills and joint resolutions for a full debate before the entire chamber. Last session, lawmakers were getting bills passed that did not even reach the Senate until mid-May, but the 82nd Lege is working on a much rougher time frame. The rush to push through Gov. Rick Perry's emergency items – the ultrasound bill, voter ID, and eminent domain – slowed the session to a crawl before it even really began, causing a massive backlog and a late start for many committees. Now, with little more than a month before the chambers call sine die and end the session on May 30, two significant issues remain. Both the huge divide between the House and Senate draft budgets and the infighting over redistricting look unlikely to be resolved before the summer, leaving little time to pass anything else.

Not that the lack of major legislation is too surprising. Even in a good year, Travis County Democrat Rep. Donna Howard said, "It's by design that we pass as few bills as possible." However, with a crushing budget predicament facing both chambers, any new spending is off the table. Howard added, "There's nothing that's going to pass with a fiscal note attached."

The Pflugerville lawmaker took time away from her House Appropriations Committee duties to shepherd two bills to the Senate. House Bill 942 removes the requirement for school districts to post a bond before filing a civil suit, while HB 943 creates better protocols for interagency communication when reporting a missing child. She has also had one big loss: She was a joint author on HB 115, the bill that would have created an Inno­cence Commission, which nearly made it out of the House but died on reconsideration. 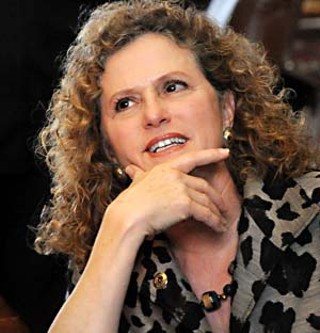 Howard also has two bills in the Senate, one increasing paperwork and one decreasing it. The upper chamber's Education Com­mit­tee is considering HB 1286, which would require the University Interscho­last­ic League to make fiscal impact statements before any rule changes. HB 555 is designed to take some administrative pressure off Texas Parks & Wildlife staff. The state requires rangers to file reports on all boat accidents with damages amounting to more than $500, but the U.S. Coast Guard rejects any report valued at less than $2,000. Matching the federal standard should ease the strain.

The House Human Services Committee veteran's two bills in the Senate both deal with how law enforcement interacts with mental health care. HB 1779 would clear up a legal gray area by exempting social workers from the requirement that they be licensed as private investigators in order to be hired by a court or defense attorney. HB 1829 speeds up the transfer of a person with mental health issues from an emergency detention facility to a hospital.

Strama is one of several authors of HB 6, which would mark a significant change to textbook purchasing in Texas. Passed out of the House on April 8, it would replace the state textbook fund with an instructional materials allotment going straight to school districts and open-enrollment charter schools. Importantly, in a session where cash is tight, the Legislative Bud­get Board predicts $159 million in savings in the next biennium from this change. Strama is sole author of HB 968, which would add felony aggravated robbery to the list of crimes that could lead to expulsion from school.

The prize for most bills in the Senate goes to the Democrat from southeast Travis Coun­ty, with seven measures crossing the rotunda. True, the numbers are skewed a bit by three bills creating municipal utility districts in Pilot Knob, but Rodriguez already has two bills in the Senate Transportation & Homeland Security Committee. In a good sign, both are sponsored by Travis County senator and committee Vice Chair Kirk Watson. HB 993 is intended to improve safety for firefighters by allowing them to close lanes on a road or highway during an emergency – a power that, rather surprisingly, they do not already have. The committee has already taken up HB 885, which is intended to encourage the use of pedestrian hybrid beacons at intersections; studies suggest these special crossing signs may decrease accidents. Rodriguez got two more bills to the Senate before Easter: HB 213 requires mortgage providers to keep better records for loans not protected by the Real Estate Settlement Procedures Act, while HB 499 tweaks the rules about delinquent property taxes.

It is a slow start for the Republican freshman, who has a single bill in the Senate, regarding cases in which people are acquitted of crimes on grounds of insanity. There can sometimes be a delay in informing a victim if and when a perpetrator is to be released from a mental health facility; HB 2124, currently with the Senate Criminal Justice Committee, would make the head of the releasing medical facility or outpatient program responsible for informing the victim. Workman has one more bill waiting to go to the Senate: HB 1174, passed by the House just before Easter, would allow county commissioners to delegate the power to lift a burn ban to either a county judge or fire marshal.