Making room in the budget for downtrodden traditionalists


Pity the poor college students who believe in "traditional" family values (presumably of the conservative Christian variety). They really have nothing going for them – except, of course, being very much in the majority. But don't despair, virtuous youth of Texas. Rep. Wayne Christian – no doubt wanting to live up to his name – will be your savior. During Friday's floor debate on HB 1, the all-encompassing budget bill, Christian took the daring step of bucking his party's slash-and-burn fiscal approach and called for possibly adding money to education – with an amendment demanding that any university that funds a student center aimed at the needs of gays, lesbians, the transgendered, and others outside the sexuality/gender mainstream must also spend at least that much on "Student Centers for Family and Traditional Values." Because, you know, anyone supporting "traditional" values couldn't possibly find other resources for comfort and support. The amendment passed 110-24. 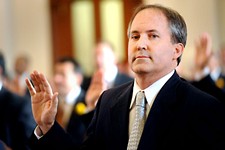 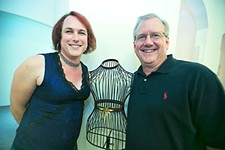