Despite being held (somewhat) at bay at the State Board of Education, and despite a federal court opinion outright forbidding teaching "intelligent design" as science, Texas creationists still keep trying to get their noses under the education tent. And now they're going to play the oppression card – you see, creationism/intelligent design hasn't failed in academia because of a lack of scientific merit, but because of discrimination. Enter Republican Rep. Bill Zedler, riding to the rescue. His bill declares, "An institution of higher education may not discriminate against or penalize in any manner, especially with regard to employment or academic support, a faculty member or student based on the faculty member's or student's conduct of research relating to the theory of intelligent design or other alternate theories of the origination and development of organisms."

"Other alternate theories"? Well, that won't open up a can of worms, will it? Presumably an endowed chair of Flying Spaghetti Monster Studies is in the offering. (Go to www.venganza.org if you don't get that joke.) In an interview with Mother Jones magazine, Zedler displayed the usual intellectual prowess shown by defenders of creationism and attacked the notion of evolution by random chance: "When was the last time we've seen someone go into a windstorm or a tornado or any other kind of natural disaster, and say, 'Guess what? That windstorm just created a watch.'" So, asked MJ, "Is a windstorm analogous to genetic mutation?" 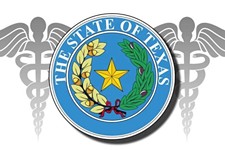 Qmmunity
Lewkin’ at the Lege