Pitts in Pursuit of 'the Big Lies' 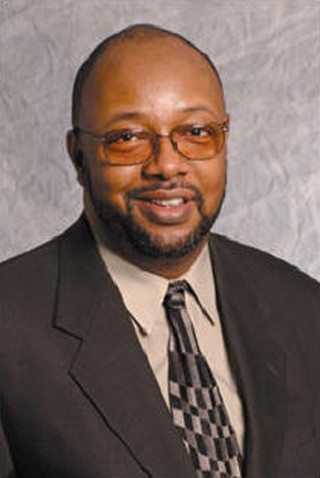 On Monday, the Statesman featured a Leonard Pitts Jr. column on the futility of writing columns – "Facts might be stupid things, but they are still facts" – and the man himself visited Austin that afternoon to expound on the subject. The occasion was the Capitol Lobby Day of the Texas Freedom Network, the Austin-based nonprofit that every two years assumes the Sisyphean task of trying to persuade the Legislature that (among many other things) fact-based education in Texas public schools would be an improvement over the jingoistic and religious fantasy-based curriculum perennially imposed by the State Board of Education. Pitts was on hand to wish TFN well but also to wryly remind the several hundred people packing the First United Methodist Church's Family Life Center of Mark Twain's dictum, "A lie can travel halfway around the world before the truth has put on its shoes."

Pitts noted that Twain was writing a century ago, adding that the situation has only gotten worse during the Internet age. That morning's column concerned the specific futility of trying to defend to resistant readers Pitts' simple statement, amply verified by readily available research, that "black kids are 'funneled' into the criminal injustice system." Yet when he cited that research, some readers simply swatted it away as irrelevant, even though they had no facts of their own to refute it.

Hence the author's sense of futility: "It will be a useless essay, written for one reason only: to protect the writer's mental health. If the writer did not write it, you see, there is a great danger his head would explode."

That captures both the Pulitzer-winner's passion as well as his humor, amplified in his Monday talk. It is a "recurring frustration," he noted, to anyone engaging in contemporary political discussions, to discover that "people don't feel the need to ground their arguments in facts." Increas­ing­ly, he argued, everybody on cable TV news or the Web feels free to pick and choose from a personal set of facts, or else simply to "pull them out of a bodily orifice" not to be mentioned in polite company. And more and more – witness the endless "debate" over Barack Obama's birth or his religion – "facts" aren't even an issue. "What do you get," Pitts asked, "from being grounded in crazy?"

As partial solutions, Pitts suggested that more newspapers should pursue "the big lies," and not just during campaign season; that serious reporters should consider it an obligation to determine the truth at least as well as "a late-night comedy show" (i.e., The Daily Show With Jon Stewart); and that students should be required to study critical thinking. "You do not get to ignore the facts," he concluded, "and consider yourself intellectually honest." 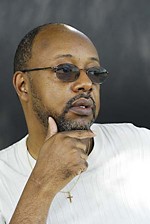