Choosing between a 'firing squad' and 'death by starvation' 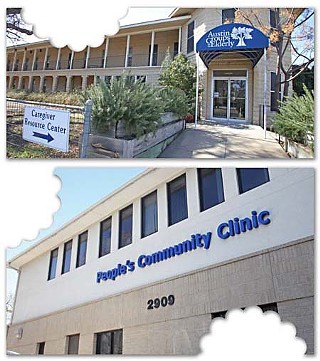 People's Community Clinic and Austin Groups for the Elderly are among 39 local service organizations that will be hit hard by drastic cuts. (Photo by Jana Birchum)

Last month, in his State of the State address to the Legislature, Gov. Rick Perry took predictable swipes at budget doomsayers, dismissing them as shortsighted pessimists. "Now, the mainstream media and big government interest groups are doing their best to convince us that we're facing a budget Armageddon," Perry charged. "Texans don't believe it, and they shouldn't, because it's not true."

But defining disaster downward is not a fiscal policy, and it doesn't require a liberal reporter or a social-service lobbyist to be daunted by the crisis facing Texas health care funding. According to the Health and Human Services Commission, the federal Medicaid program pays for more than half of all births in the state and covers almost two-thirds of people in nursing homes. Along with the Children's Health Insurance Program, Medicaid provides coverage for roughly 3 million Texas children. People tend to think of Medicaid as a program serving mostly poor mothers and their children, but while only 30% of Medicaid clients are the elderly and disabled, in 2009, nearly 60% of state Medicaid funding was spent on them.

The initial budgets proposed by both the House and Senate would cut Medicaid funding by 29% under current biennium levels ($49.4 billion) – without considering inflation or population growth. Adding those factors, the actual need ($58.4 billion) is 40% higher than the proposed funding.

If more money isn't found or raised, what sort of effects might such cuts have? Tim Graves, head of the Texas Health Care Association, told The Dallas Morning News that the proposed cuts would threaten the survival of half of the state's 1,100 nursing homes, where 70% or more of their patients are on Medicaid. "We are not crying wolf," Graves said. "Pieces of the sky are falling."

The primary mechanism legislators propose to deal with the budget crunch is to cut reimbursement rates to providers by 10% over and above cuts already imposed. Yet according to the Texas Medical Association, only 42% of Texas doctors are now accepting all new Medicaid patients (down from 67% in 2000). Alternatively, officials suggest reducing patient eligibility – a maneuver currently blocked under federal health care reform. Anne Dunkelberg of the Center for Public Policy Priorities told a House budget committee: "Suggesting that eligibility cuts are better than rate and benefits cuts is like saying you'd rather die by firing squad than by starvation. Either way, you are dead."

Although budget leaders have begun to suggest that the final cuts will not be as severe as initially proposed, there is simply no way the funding provided will begin to approach the actual health care needs of all Texans. As Dunkelberg put it: "All Medicaid cuts will hurt vulnerable Texans: kids, seniors, Texans with disabilities, pregnant women."

The only question remaining is how bad the hurt will be. 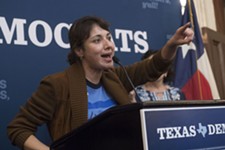