Will Bradley remain chair of the Forensic Science Commission? 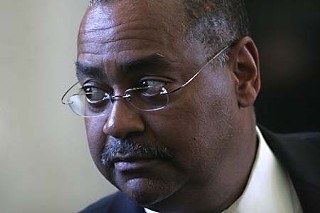 The Senate Nominations Committee has approved the interim appointment by Gov. Rick Perry of Williamson County District Attorney John Bradley to remain the chair of the Forensic Science Commission. But whether Bradley's name will actually make it onto a list of nominees for the full Senate to consider – or whether a partisan block will keep him off that list – remains to be seen.

In a surprise move in 2009, Perry appointed Bradley to take over the commission just days before it was slated to hear controversial evidence in the infamous arson case of Cameron Todd Willingham, who was convicted and executed for the death of his three young children in a 1991 Corsicana house fire that may not have been arson at all.

Debate about the case has focused on whether the fire science used to convict Willingham was inaccurate and outdated. The FSC's investigation has moved slowly under Bradley's leadership, and there have been accusations that Bradley has purposely caused the slowdown. Bradley was his typical charming self before the committee, at one point sparring with Sen. Rodney Ellis, D-Houston. Although not a member of the panel, Ellis sat in on the session in order to ask pointed questions about Bradley's handling of the FSC's business and his attitude toward other members on the panel, which has been described (at best) as bullying. Not surprisingly, Bradley said accusations about his attitude are mischaracterizations, and at one point, he made jabs at Ellis' affiliation with the Innocence Project, which brought the Willingham case to the FSC. Bradley said he believed Ellis was "trying to influence" the outcome of the Willingham case. "I have to resist that [kind of] influence," Bradley said. The remark prompted Ellis to inquire if Bradley felt he, too, had a conflict because of his professional role as a prosecutor: "Or do you think you're unique that you don't have a conflict? After all, you are John Bradley, God's gift." Bradley said he did not see his advocacy work as a prosecutor as a conflict.

Ultimately, the committee voted 4-2 to pass the nomination on to the full Senate, with just Kirk Watson, D-Austin, and José Rodríguez, D-El Paso, voting no. Responding to the partisan distaste for Bradley's nomination, however, committee Chair Robert Deuell, R-Greenville, later pulled Bradley's name off a list of nominees to be considered this week. Reportedly Lt. Gov. David Dewhurst plans to play peacemaker to see if he can overcome Democratic objections to Bradley's confirmation. "We won't be bringing out Mr. Bradley's name for nomination at the present time," Dewhurst told reporters, according to the Houston Chronicle. "We're not withdrawing the nomination, but we won't be moving forward this week or next." 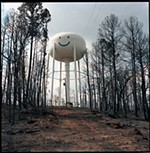