Counting down the meter minutes 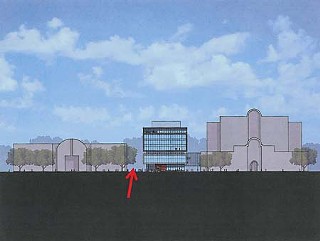 The Park PUD would sit between Austin Energy (l) and Vitesse Semiconductor Corp. (r). (Illustration courtesy of City of Austin)

Get ready to feed the meter: A long-simmering city proposal to extend paid parking hours is coming before City Council on Thursday, March 3. The proposal would extend paid parking hours citywide from their current 8:30am-5:30pm, Monday-Friday time, stretching them to 6pm and charging for parking on Saturdays. Additionally, under the language up for adoption, parking Downtown – defined as Cesar Chavez to 10th and I-35 to Lamar – paid hours would be extended until midnight.

Of course, money's a consideration, too: It's estimated that the expanded hours would bring in $3.1 million in new revenue. But the city's also banking on an estimated $1.2 million revenue boost from citations and tickets, the lion's share of which ($890,000) it expects to collect from Downtown parking scofflaws. Those figures don't account for expenses – like expanded enforcement and signage changes – totaling just under $1.7 million for the first year; ultimately, 40% of the gross revenue is slated to be funneled back into Downtown reinvestment, including capital improvement projects like street and sidewalk repairs.

The issue's made waves in the Downtown entertainment community. While nightclubbers and concertgoers are one demographic certain to be impacted, the effect on those working in the industry – barkeeps, waitstaff, and band members (whose parking woes are already aggravated by equipment to lug) – has also proven contentious. That aspect has already emerged as an issue in this spring's City Council races, with Place 4 candidate Toby Ryan slagging the proposed parking changes as troublesome to Austin's working musicians.

As the vote nears, potential refinements may be in the works. Council Member Laura Morrison says the approach may be too broad: If the main goal is generating parking turnover in heavily trafficked areas Downtown, she says, it doesn't make sense to add "parking meters on for a huge area of Down­town." Additionally, the city's discussing partnerships with Downtown businesses and garage owners to subsidize city-employee garage parking to free up on-street parking.

Morrison's also at the center of what is likely this Thursday's most heated zoning matter: the return of the Park planned unit development on Barton Springs, slated opposite the Palmer Events Center. When the PUD came up for preliminary approval in January, Morrison was the sole nay vote, citing the project's 96-foot height request as out of step with the neighborhood plan's 60-foot height limit on Barton Springs. The PUD needs a six-vote supermajority (per the Planning Commission's recommendation against PUD zoning), but on first read all her colleagues supported the project, citing the need for density near major transportation corridors, superior building aesthetics, and additional community benefits. The supermajority requirement holds for final approval – and so far, no council members have indicated a willingness to change their votes.

Also on the agenda: changes to the city's "no sit, no lie" ordinance, defining disability exceptions to the anti-loitering ordinance targeting Austin's homeless; an item from lead sponsor Chris Riley beefing up awareness and enforcement of anti-idling laws for large vehicles; and an item sponsored by Morrison asking the city manager to incorporate an Educational Impact Statement into "code amendments, policy proposals, and permitting for development and redevelopment projects," in order to track the effect of land-use changes on nearby schools. 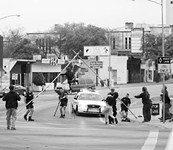 Hustling Away...
A brief look back from your City Council columnist