Tuning In to Deaf Community Information, says Dvorah Ben-Moshe, is a basic human need; people can't participate in civic life without it. Yet for too long, access to information has been elusive for large segments of the population – including for the deaf and hard-of-hearing.

That's a problem that Ben-Moshe and her business partner, Ken Hurley, have sought to change in Austin, which has a sizable deaf population – due in part to the national reputation of the Texas School for the Deaf and the employment opportunities that having a world-class institution for deaf education brings with it. According to local officials, Austin's deaf and hard-of-hearing population hovers somewhere around 50,000. Without practical access to English (which many deaf people have never learned; it's prohibitively difficult to learn – spoken or written – if you've never heard it) and without the hearing world having widespread access to American Sign Language (a language with its own grammar, structure, and vocabulary), many deaf people are simply left out of the loop. In December, we wrote about persistent communication problems between members of Aus­tin's deaf community and the Austin Police Department, problems that seem to stem from a hearing person's conceit that deafness doesn't preclude knowledge or understanding of English or of the cultural norms in the larger hearing world (See "Tone Deaf," Dec. 3, 2010). Unfortunately, that is exactly what can happen, especially when civic and democratic concepts aren't successfully translated for the deaf and hard-of-hearing.

Indeed, Ben-Moshe wasn't exactly up on deaf issues either until her son Ilan was born; now a teenager, he was the first deaf person she'd ever met. She quickly realized that there were whole civic components missing from deaf education, along with a lack of cross-cultural education. After starting Civication Inc. – an online nonprofit geared toward "civic learning and civic education" – in 2008, Ben-Moshe and Hurley applied for, and won, a John S. and James L. Knight Foundation Community Information Challenge grant last summer to start their new venture, ACCESS News, a monthly news and entertainment program that will air on Austin PBS station KLRU. The program, anchored by an ASL speaker, will seek to bring national, state, and local news and information to a wide deaf audience while engaging the hearing world in deaf culture and news – in short, a cross-cultural educational enterprise that will increase public participation by a currently underserved community. In part, says Ben-Moshe, the goal is to create a place "where language is no longer a barrier, but a way to build a bridge to communicate different viewpoints. It's never been done before."

The Austin Community Foundation is matching the Knight Foundation grant, says Ben-Moshe, and "there are a lot of eyes on Austin right now," looking to see how well this project will get off the ground. Ben-Moshe is confident it will be a success: "This is how we reach out to get good information to make a better democracy." The show will begin taping in March, she said, with the first episode slated to air in April. The show is currently looking for "civic-oriented" content – for example, Ben-Moshe and Hurley write on their website, topics may range from "What is our representative democracy?" to "What is the 4th Amendment? What is due process?" and "How to talk with the police. What happens during an arrest?" For more on the show – and how to submit content – see www.civication.org/what-we-do/events. 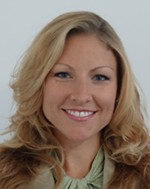