It took a month of weighing member seniority against personal interests, but on Feb. 9, Speaker Joe Straus finally announced the new committee lineups for the Texas House – though with GOP leadership opposing raising revenue and conservatives smashing a reactionary agenda through the Senate, some lawmakers fear the committee process runs the risk of irrelevancy this session. In 2009, Straus' committee selections were seen as a solid nod toward bipartisanship, with Democrats holding 16 of the 34 chairs to reflect the 76-74 split on the floor. Inevitably, with the Dems only holding 49 seats in 2011, they lost several chairs, but Straus resisted conservative calls to deny them any leadership positions – with the number of committees up to 38 this year, Democrats lead 11 of them. Since they don't have the votes to block any measures on the House floor, that makes the committee rooms their real battleground.

The agenda-setting House Calendars Committee is a microcosm of the Democrats' challenges and opportunities. While the 15-member committee's leadership is more conservative than in 2009 and its four Dems are seriously outnumbered, the lineup may not please ultraconservatives. It's heavy on seasoned and moderate Straus supporters like Rep. Burt Solomons, R-Carrollton, and banes of the tea party like Rep. Vicki Truitt, R-Southlake.

Austin Democrat Eddie Rodriguez has one of the four Dem seats on the Calen­dars Committee, and while he highlighted the importance of the post, he was most excited to secure a seat on the Transportation Committee. "I've been working on transportation issues one way or another since I was a staffer in '97," he said. His big goal is to introduce a new version of the local gas tax option bill rejected last session. "We're short on funds at the state level," he said, "and even when we weren't, the state wasn't doing what it needed for maintenance and for new roads and mass transit."

The biggest break from last session, and possibly the one with the most resonance for Travis County, was the decision to kill off one of Straus' biggest innovations: the House Committee on Technology, Economic Devel­op­ment and Workforce, chaired in 2009 by Rep. Mark Strama, D-Austin, and nicknamed the green-collar jobs committee. It's been replaced with two new bodies: Economic & Small Business Development under Houston Republican John Davis and Technology led by Edinburg GOPer Aaron Peña. While Peña is a regular Twitter user, there are no major tech sector employers in his Hidalgo County seat, and on the morning of assignments, he tweeted that his committee interests were "Redistricting, Homeland Security, and to address voter fraud."

Neither Strama nor Rodriguez – another member of the old committee – made the new Technology body, but their fellow Austin Dem Donna Howard did, much to her surprise. Less surprising was that she retained her position on Higher Education. As for her Technology appointment, she said she hopes "there will be a lot of connection with higher education." Similarly, she saw Strama's appointment to Public Education as beneficial, bringing a tech-savvy voice to the debate over K-12 provision. However, both will face tightening budgets that are being eclipsed by increasingly extravagant policy stances, like Gov. Rick Perry's quest for a $10,000 four-year degree. With shrinking state aid for schools, Perry's call for educators to do more with less "does not compute," she said.

But transportation, education, and every other policy position is dependent on bridging the state's $28 billion structural deficit. Aus­tin has a voice in the budget process, as Rep. Dawnna Dukes returns for her fifth session on the House Appropriations Com­mittee. Before the session, when asked whether she wanted to be on Appropriations again, she half-joked that she had so much seniority no one could keep her off. "With that experience and historical knowledge, I'll be able to identify what's happening," she said. She called the first draft budget unacceptable and utterly incapable of covering the state's basic needs and condemned the Republican leadership for making issues like voter ID a priority instead of the state's economy. She said, "Right now, unless someone tells us we have more money, unless they come up with a new revenue stream, all of this is just a tap dance." 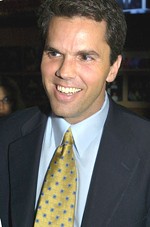