LegeLand: Howard Wins in a Squeaker

Rep. Donna Howard, D-Austin, has won her House District 48 seat – again. On Feb. 12, master of discovery Rep. Will Hartnett, R-Dallas, ruled that Dan Neil's election challenge should be dismissed. Through the long process of recounts and hearings, which included voters explaining in an open hearing whom they voted for, attorneys for the challenger managed to whittle down Howard's margin of victory from 16 votes to only four. Neil had requested a special election, arguing that the existing result was too close to call. But Hartnett ruled that Neil had found no intentional voter fraud and that, even with ballots removed for accidental technical violations of the law, the Democrat won on Nov. 2, 2010, fair and square. In a statement, Howard thanked everyone involved in the hearings and said, "The presentation and thorough review of the evidence was a critical part of determining the true winner of this election." The report now goes before a panel of nine members of the House and then to the full floor – unless Neil decides to withdraw his challenge. 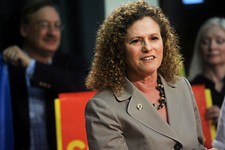