Beyond the Super Bowl 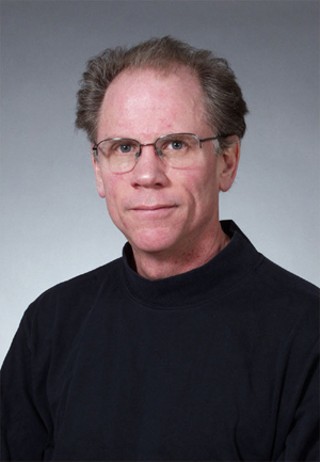 Robert McChesney is a media scholar, but he's also a die-hard (Cleveland Browns) football fan, so he's aware that his "Last Sunday" speaking event this week – occurring roughly simultaneously with the Super Bowl telecast – will be running uphill for a general interest audience. "I suppose it will be a test of the proposition, 'How many people in Texas won't want to watch the Super Bowl?,'" he muses, and on that specific question he's not counting his fans. "I won't want to make that argument," he told me this week. He'll be speaking Sunday night, 6pm, at St. Andrew's Presbyterian Church, with the proceeds to benefit 5604 Manor, the Eastside community center. For those who just can't miss the game on Sunday, he's also speaking Monday at noon, in UT's College of Communication, Building A.

McChesney is an endowed professor of communications research at the University of Illinois and also a nationally prominent activist for media reform. In 2002, he and Josh Silver co-founded the national nonprofit organization Free Press (www.freepress.net), to work for "diverse and independent media ownership, strong public media, quality journalism, and universal access to communications." Media reform is also the subject of his most recent book (with John Nichols), The Death and Life of American Journalism, which argues at length that good public journalism requires direct public support and that such public underwriting has a long tradition in the U.S., beginning with the country's founders. McChesney plans to resume that discussion Sunday night, although he does acknowledge he's much less optimistic about the possibilities for media reform than when he and Nichols finished the book in 2009.

"We talked to members of both the [Federal Trade Com­mission] and FCC [Federal Communications Com­mis­sion]; they had already dog-eared copies of the book and were enthusiastic about its recommendations for reform – for example, that people be allowed to donate, through their taxes, $100 to nonprofit news outlets of their choice. ... But we soon learned that they were under tremendous political pressure not to follow the evidence they see logically" when they take commission action. "The political culture has become simply too corrupt."

A glaring example is the FTC's recent approval of the merger between Comcast and NBC Universal; McChesney echoes Sen. Al Franken in calling the merger a "disaster." "When the same company owns the content and the pipes that deliver the content," said Franken, "consumers lose." McChesney described the merger-in-progress as a "wa tershed moment," since it will combine ownership of broadband Internet access with all forms of content: film, television, news, and online. "If this deal works and gives effectively monopoly power to Comcast," he says, "similar mergers will follow, and we can expect the current competitors to whittle down to five or six companies in the next few years."

McChesney said he is by nature an optimist – "pessimism is self-fulfilling" – but that you have to be realistic about the actual situation. "On the other hand, until three weeks ago, all the experts on the Middle East were insisting there would never be a secular, popular uprising in the region, and that the only opposition came from militant Islamists. ... Now we're witnessing secular, popular opposition movements in Iran, Tunisia, Yemen, Egypt. ... So nobody can predict what will happen."