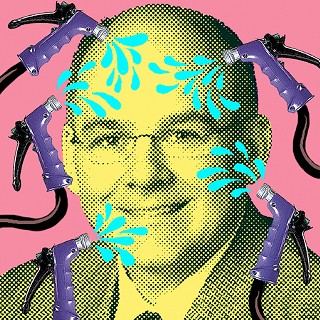 You have to feel for Austin Water Director Greg Meszaros. With several water-saving proposals he delivered to City Council last week receiving a drubbing from the mayor, one wonders what the behind-the-scenes reaction was to AW's truly terrible news: Conservation savings could mean a possible $100 million revenue loss to the utility.

Meszaros was at City Hall to present the utility's conservation plan to bring water use down to 140 gallons per capita daily. (Austin actually clocked in at 135 GPCD last year, but the goal encompasses a five-year rolling average, which is currently 163 GPCD.) Even in our task-force- and stakeholder-addled bureaucracy, this initiative has a tricky lineage: The 2006 Citizens Water Conser­va­tion Implementation Task Force begat a new group charged with implementing its 2007 recommendations. Last spring, council voted to endorse that new group's recommendations – including the 140 GPCD goal, a figure first floated by the Texas Water Develop­ment Board – but with qualifications. When council passed the resolution, it was with direction that the report should help council "make a realistic assessment on whether or not it is an achievable goal." Judging by Mayor Lee Leffingwell's reaction Thursday, the jury's still out.

Meszaros outlined several simple, additional conservation measures – shifting funding from incentives to enforcement, making a mandatory watering schedule year-round, and more – but it was the items noting "Addi­tion­al Stakeholder Input Needed" that caught Leffingwell's attention: limits on irrigated areas for homes and businesses and an irrigation design plan review. Citing his own time on the 2006 task force, Leffingwell said its efforts fell "towards making water use more efficient and eliminating waste of water. What we were not trying to do was change people's lives. ... This in certain aspects seems to be a departure from those recommendations," he said, calling the proposals "draconian" – especially the irrigation plan review, which he said the 2006 group "beat ... to death" and was "adamantly opposed by stakeholders." Moreover, Leffingwell tackled the constraints of the 140 GPCD limit generally, saying it "should not be a one-size-fits-all operation," lumping residential and heavy industrial users together.

More surprising than the strong reactions solicited by some of the proposals was the eye-popping cost of reaching the 140 GPCD savings: $100 million in lost utility revenues by 2020 and annually thereafter. "Many customers' bills would be going down through conservation, and we would need to deal with the loss of revenue and to cover the expenses of running the utility," Meszaros said, outlining strategies to recoup costs: an increase on top of existing rate increases predicted by the utility, for a potential rate hike as high as 35%, a "Conservation Rider" fee (similar to Austin Energy's "Transmission Rider" costs to carry electricity), and more.

The figures from the utility and additional comments from Meszaros regarding the city's water contract with the Lower Colorado River Authority – noting that Austin conservation savings don't just sit in the Highland Lakes but are available to farms and agricultural users, thereby underscoring the diminishing returns of aggressive conservation – left some watchers suspecting a rope-a-dope. On its website, the Save Our Springs Alli­ance called the presentation a "plunge farther down the rabbit hole, with ... Meszaros in the lead, arguing that saving water doesn't save money – it's too expensive!! We can't afford it!!" The argument, of course, went hand-in-hand with one of the group's longstanding battles, as SOS wrote in a separate letter to council members: The presentation ignored the "elephant in the room – the most effective and essential means of addressing the revenue loss: eliminating the unnecessary expenditure of another $450 million for Water Treatment Plant No. 4. This most obvious option should, at minimum, be listed as a 'possible' strategy for keeping water rates affordable."

The presentation ended with council recommending the 140 GPCD plan be shown to the Resource Management Commis­sion for additional comment. 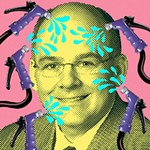