Fresh faces emerge to take on the incumbents Two political newcomers have surfaced in the past few weeks to fight for seats on City Council, as have a couple of names familiar from recent races.

In an unusual move, Eric Rangel – who filed Jan. 11 to run as Laura Morrison's Place 4 challenger – announced his candidacy before he even named a campaign treasurer. Billing himself as "local.fresh.organic," the youthful Rangel was born in Austin and grew up in Lockhart, ultimately graduating from Texas State. His website (www.voterangel.com) lists separate "platforms" for separate issues – economic development, community building, and transportation – including proposals like single-member districts and expanded public transportation. His campaign is hosting a meet and greet Thursday, Jan. 27, 5-8pm, at Second Street boutique Plain Ivey Jane, 408 W. Second. Place 3 challenger Chris Nielsen's campaign seems to be just getting off the ground – he filed to run against incumbent Randi Shade on Jan. 18 – but it's not Nielsen's first interaction with city politics. For the past few years, his company, Capital Cruisers, has overseen the operation of several electric-powered golf carts that pick up short fares Downtown in a tips-only model. The business has had a streak of clashes with the city over how it can operate, with police at one point impounding some of the carts. However, Nielsen seems to have reached an agreement with the Transportation Department and now touts himself as "Co-Founder of Electric Cab of Austin, Austin's first and only solar powered electric transportation service." His licensing snafus seem in part to have prompted his run for office; he told local TV station KVUE last year, "I believe that the lesson to be learned from this is that the government does need to be held accountable to its citizens." 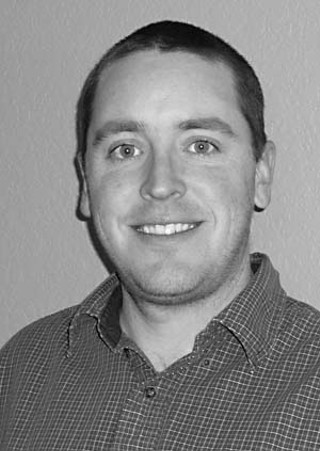 Shade drew a second challenger this week, with Kris Bailey planning to file at press time. He's run for office before, having lost last fall to Republican Paul Workman in the race for state House District 47. He ran as a Libertarian, although he says he's "moving away" from the party and sees himself as "more of an independent." Aligned with Willie Nelson's marijuana-legalizing "teapot party," Bailey says he would strive to implement a "policy of non-enforcement" of weed laws locally and lead a council resolution in support of legalization. "We have money to put people in jail now for marijuana, but we don't have money for school books." Other issues Bailey will seek to emphasize include the need for single-member districts and a streamlining of sound permits and zoning code. Bailey's campaign plans to announce his candidacy at Scholz Garten this Saturday, Jan. 29, at 1pm.

After a 2009 mayoral run, Josiah Ingalls is back for another round, this time challenging Place 1 incumbent Chris Riley. Ingalls is pressing for greater government transparency and accountability while targeting "excessive bond spending," according to his website (www.josiahingalls.com). He's also calling for better management of social issues, including mental health, homelessness, and affordable housing.