Will Texas Be Safe for Romeos and Juliets? 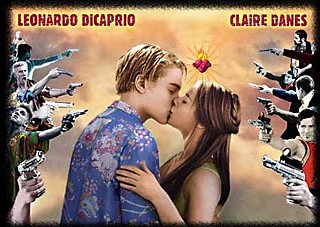 According to the Texas Senate Criminal Justice Committee, the state should go its own way when it comes to the registration and monitoring of sex offenders.

In its interim study report released last week, the committee, chaired by Sen. John Whitmire, D-Houston, recommends that the state unbind itself from federal laws that provide for minimum offender registration requirements – clearing the way for the state to devise its own methods of assessing the risks individual offenders pose to the community at large and (finally) allowing the state to create a much-needed path to allowing qualified offenders off the list.

As of Jan. 6, there were 64,565 names on the state's sex offender registry, which is maintained by the Department of Public Safety. The swift growth of crime and punishment in this area of the law has created a number of issues. While initially designed to keep the public – in particular, children – safe from predators, the number of offenses eligible for registration has ballooned since the registries were first created in 1994, via the federal Jacob Wetterling Act. Many experts – including some who testified before the Senate Criminal Justice Committee last summer – agree that the addition of so many types of crimes has diluted any positive effect the registry might have had on public safety. (The registry includes not just serial pedophiles but also so-called "Romeo and Juliet" cases, often involving youthful romantic affairs in which one party is younger than 17, Texas' age of consent.)

As we reported in September (see "Sex Offend­ers Exposed," Sept. 10, 2010), there are other, similar relationships, such as that of Martin Ezell and his wife, who became involved when he was already 32 and she was just shy of 17. Ezell was prosecuted and given deferred adjudication on the charge of sexual assault of a child. Though he successfully completed his sentence, he will have to register for life. In the Ezell family's case, the registry's effect seems merely cruel: He's unable to find meaningful work; the couple's three children have, at times, been ostracized at school; and the family has had to move numerous times when neighbors have discovered his name and picture on the public database and responded negatively. Researchers around the country have determined that registration does serious collateral damage to sex offenders' families. "Based on the research, [and] the testimony provided during the hearing," reads the committee's report, "it is clear registries do not provide the public safety, definitely not the way it is now."

Although state lawmakers have previously asked the state's Council on Sex Offender Treatment to devise a scheme allowing qualified individuals a path to deregistration, those efforts have been stalled because of a state statute provision binding Texas law to the federal law – which is itself in flux. At issue is whether the state will enact the Adam Walsh Child Protection and Safety Act – in essence, an update to the Wetter­ling provisions – that seeks to "provide consistency," as the committee describes it, among the states' registries. But implementation would require the state to overhaul its current registry. For example, while Texas has sought to classify offenders based on risk, the Adam Walsh Act would classify them solely by the offense – a situation that the CSOT and many in law enforcement believe could cause misclassifications. This system would also increase, for many, the number of times per year registration must be updated with local authorities – at the cost of those local agencies – and could significantly increase the number of individuals required to register for life, in part because the act adds additional offenses requiring registration. The AWA also requires juveniles as young as 14 to be publicly registered, a decision that, in Texas, is currently left to judges' discretion.

Finally, and importantly, implementation could cost the state nearly $39 million, while the penalty for not doing so – the loss of some grant funding – would cost just a little more than $1.4 million. "Retaining the ten percent of federal funding is not adequate incentive" to enact the AWA, writes the committee. "Sex offenses are very serious crimes. There is no debate over whether violent and dangerous people should be punished [and] monitored extensively," reads the report. "However like with most issues there are levels and gray areas. In addition there are limited resources to address all of the issues facing the state today." In the end, the committee recommends that the state not implement AWA.

Whether lawmakers will take that advice remains to be seen. Dallas Democratic Sen. Royce West has filed a bill (see "This Way to the Big Top!") that would exempt from registration certain youthful offenders. However, the bill, as currently written, would also update state law to comply with the AWA. If that update remains, it would pose additional challenges for people like Ezell who have been searching for a way off the registry.*

As it happens, Ezell caught a glimmer of hope in mid-December, when then-District Judge Charlie Baird ruled that the state's registration requirement, as applied to Ezell, is unconstitutional. The registry's purpose is to enhance public safety, Baird wrote, and is not meant to be "so punitive as to be a criminal sanction." He continued, "When the remedial nature of the statutory scheme is not served by registration, and the registration requirement serves as the basis for continued criminal prosecution and causes the disruption of the ordinary course of five lives [Ezell, his wife, and their three children], the registration requirement, as applied to a particular individual, loses its remedial function and becomes purely punitive." Baird ordered Department of Public Safety to "remove all information" about Ezell from the registry.

Despite the order, the DPS has not yet removed Ezell from the list. According to an e-mailed statement from DPS spokeswoman Tela Mange, "DPS declined comment until its attorneys could review and evaluate the ruling." Indeed, the DPS is still bound to comply with the linkage between state and federal law as it applies to deregistration; nonetheless, Baird's order is valid. Interestingly, Ezell's attorney, Gus Garcia Jr., says he sent notice to DPS attorneys prior to the hearing, but no one from the agency responded. "We're hoping that [Ezell] will be able to avail himself of the judge's order," said Garcia, "because it's really like he's in limbo right now." He added that it may take legislative action – enacting the committee recommendations, perhaps – for Ezell to find a final measure of justice.

*Clarification: In the original version of this story we wrote only that Dallas Dem Sen. Royce West's bill regarding Texas' sex offenders and the registry (SB 198) would update state law to comply with the Adam Walsh Act. In fact, the main purpose of West's proposed legislation is to provide for an exemption for certain youthful offenders – that is, for Romeo & Juliet cases. The AWA enacting provision is included only because state law is currently tied to federal law and because the controlling federal law is now AWA, but not because West necessarily endorses that law.