1) "I should have shot him when I had the chance."

– Land Commissioner Jerry Patterson, quoted in Quorum Report, after learning he had drawn former state Sen. Hector Uribe as a challenger in the general election. The two had minor roles in The Alamo, filmed near Austin. (Jan. 8, 2010, issue.)

2) "I came in here this morning thinking we were going to be ready to make a decision. Now this e-mail does muddle things for us."

– Travis County Judge Sam Biscoe (above), after learning that the Army Corps of Engineers may subject the TXI aggregate mining project at Hunters Bend to a full permitting review (Jan. 15)

3) "Seriously, can we hunt these people down and muzzle them?" 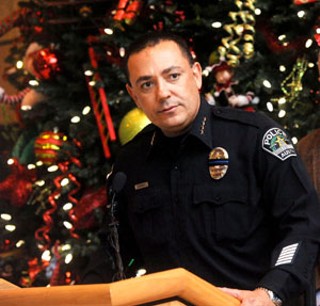 – An unnamed Farouk Shami campaign staffer, venting anger in an e-mail (inadvertently sent to reporters) over unauthorized press statements sent out by people within the Shami camp (Feb. 19)

– Joseph Stack's assessment of Austin, in a manifesto written before he rammed his aircraft into a building housing the IRS (Feb. 26)

– Police Chief Art Ace­ve­do (r), explaining his decision to withdraw his bid for Dallas police chief and continue his service in Austin (April 30)

7) "And if anything I said ... has been misconstrued to the opposite effect, I want to apologize for that misconstrued misconstruction."

– Texas Rep. Joe Barton, mangling an apology for apologizing to BP's CEO for a "$20 billion shakedown" at the White House (June 25)

8) "The program is no longer geared toward protecting rare gems and has turned into a racket that the wealthy are manipulating to avoid taxes."

– Alfred Stanley, in an e-mail follow-up to his comments to Travis County commissioners on historic property tax exemptions (July 16)

9) "The premise that somehow if we go to trial we're going to gain more transparency is just simply not true."

– Council Member Sheryl Cole (above), before casting her vote for a $750,000 settlement with the family of police shooting victim Nathaniel Sanders II (Aug. 6) 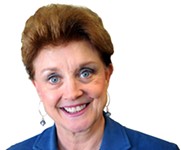 Quote of the Week: Dana DeBeauvoir
Voter turn out is ... well, down 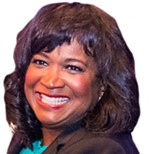 Quote of the Week: Sheryl Cole
The heat’s still on in House District 46