Victory for Truth in Labeling; and Tea Partying Like Old Pros

Victory for Truth in Labeling

Question: What do biotech corporations, national milk processors, and the Ohio state government have in common? Answer: defeat!

Such biotech powerhouses as Monsanto and Eli Lilly & Co. are the profiteers behind an artificial growth hormone that induces dairy cows to produce more milk. This stuff is not good for the cows, and it produces nutritionally inferior milk. It also horrifies consumers – who tend to get a bit testy at the thought of having what is actually a sex hormone added to the milk their children drink.

However, big milk marketers like the idea of squeezing out more milk per cow, as it fattens their bottom lines. The only problem is that little matter of consumer rejection. But the biotechers and marketers fixed that by getting federal regulators to declare that adulterated milk need not be labeled as such. In short, the industry, the government, and even the cows know about the sex hormones, but consumers are kept in the dark.

Nonetheless, many organic and smaller dairy businesses have had the audacity to label their products as "hormone-free," and consumers have rushed to them. This spurred the hormone hucksters into a cross-country lobbying frenzy, demanding that various state governments ban hormone-free labels.

Ohio swallowed this corporate line, outlawing labels that tell consumers what's not in their milk. Now, however, in a case brought by the Organic Trade Association, the U.S. Court of Appeals has ruled that such bans are not only ridiculous but unconstitutional, violating the free-speech rights of dairy producers who want to be straight with consumers.

The court's decision is a major defeat for the 15-year effort by the corporate powers to hide their perfidy from milk buyers. To learn more, visit www.ota.com.

One thing is clear from November's election results: Those new, tea-infused Republican lawmakers are going to end business-as-usual in Congress. As incoming Sen. Rand Paul so plainly put it: "We've come to take our government back."

Ah, yes, a government "of the people," at last! But as one corporate lobbyist said of the fresh-faced newcomers, "As soon as they get here, we need to co-opt them."

Well, that didn't take long. Just days after their election, even before they had been assigned office space in the Capitol, dozens of these so-called "citizen legislators" were holding lobbyist-sponsored fundraisers at various swank watering holes around Washington. They glad-handed and grinned as such special interests as Exxon Mobil Corp., Delta Air Lines Inc., and Wall Street bankers welcomed them by slipping thousands of dollars into each of their pockets.

Adam Kinzinger of Illinois was one. Back home, he was pledging to change Washington. Only two weeks after winning a House seat, however, Washington was changing him. He held a "debt retirement breakfast" at the Capitol Hill Club, gleefully greeting corporate-influence peddlers who paid up to $5,000 each to curry favor with him. Exchanging winks, the lobbyists knew that business-as-usual was alive and well.

Then there's Andy Harris of Maryland, a doctor who won a House seat on Nov. 4 by denouncing Obamacare as socialized medicine. But six days later, Harris was in Washington asking, "Where's mine?" At a briefing for newcomers, Harris was incredulous to learn that the socialized health coverage that Congress critters get wouldn't kick in until four weeks after he took the oath of office.

Tell me again how this bunch is different? They're not even in office yet, and they're already playing the insider game like old pros. 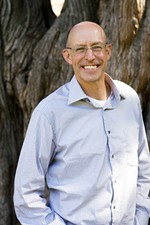