• On Wednesday, City Manager Marc Ott announced that Abigail Smith, executive director of the Tompkins County SPCA in Ithaca, N.Y., is the "top candidate" to become Austin's chief animal services officer, pending a site visit to Ithaca by city staff. For more on all the candidates, see See "Animal Shelter's Next Top Dog?."

• We're huge! Texas will gain four new congres­sion­al seats under the latest apportionment released by the U.S. Census Bureau Dec. 21, bringing its total up to 36. Now it's up to the state Legislature – and possibly the courts, if it's anything like the last redistricting ruckus – to split up the seats. See "Census Could Cause Senseless Redistricting."

• The Third Court of Appeals ruled Tuesday that Travis County District Judge Charlie Baird should have recused himself from hearing a case brought by the relatives of executed inmate Cameron Todd Willingham, who are seeking to clear Willingham's name. Justice David Puryear dissented, saying that the Third Court had no jurisdiction to intervene. Read more about the case on the Newsdesk blog at austinchronicle.com/newsdesk.

• Katz's Klozes ... After 31 years on Sixth Street and 27 years as an open-all-hours diner, Katz's Deli will shut its doors Jan. 2. The firm filed for bankruptcy in July after owner Marc Katz's unsuccessful run for the Democratic nomination for lieutenant governor but has failed to keep up with its taxes.

• Nothing to see here .... A group of students from Bryker Woods Elementary School saw only a brief glimpse of justice in action Tuesday after their host, Third Court of Appeals Justice Jan Patterson, ushered the youngsters into a Third Court courtroom, where a gay divorce case happened to be under way. The judge and pupils settled in for, oh, two minutes, before Patterson gathered her charges and ushered them out of the courtroom.

• There was jubilation at the Dec. 18 Senate vote to repeal the discriminatory Don't Ask, Don't Tell policy which barred gays and lesbians from serving openly in the U.S. military. However, the celebrations were marred by the Senate's failure on the same day to bring the Development, Relief and Education for Alien Minors (DREAM) Act to a vote.

• Thinking of buying yourself something energy-efficient for Christmas? On Dec. 20 the comp­troller's office announced it has put $18.5 mil­lion into the Texas Appliance Mail-in Rebate Program ($10 million in unclaimed funds from earlier rebate programs and $8.5 million in unused public sector energy efficiency funds.) Details at www.texaspowerfulsmart.org/rebate.

• The CIA has announced that it has assembled a formal WikiLeaks Task Force, giving it the unfortunate acronym WTF. 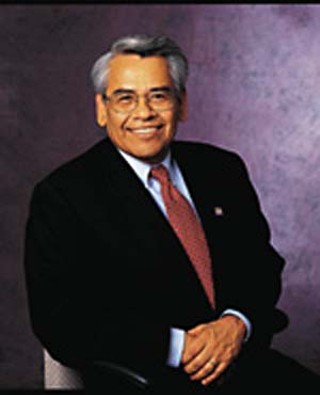 – Eliseo Medina of Service Employees International Union, describing the 41 senators who voted against the Development, Relief and Education for Alien Minors Act