Tweet
print
write a letter
• City Council convenes today, Thursday, for its final meeting of the year to consider approval of a controversial Water Treatment Plant No. 4-related shaft excavation opposed by neighbors and environmental groups, a historic district designation for Hyde Park, the installation of 23 "public safety cameras" across Downtown, and more. See "This Week's Wrap." 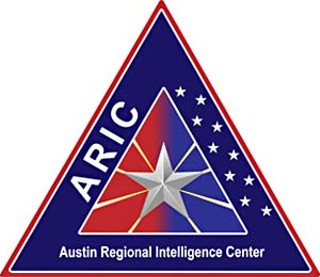 • In other Orwellian news, the Austin Regional Intelligence Center, a "fusion center" facilitating data-sharing between the Austin Police Department and neighboring jurisdictions, was unveiled on Wednesday. ARIC's mission is to "detect, prevent or interrupt" serial criminal activity, organized crime, and terrorist activity; opponents worry it constitutes an invasion of privacy.

• On Monday, CNN analyst Paul Begala compared Sarah Palin's half-term as Alaska governor to Lee Leffingwell's mayoral tenure, saying (somewhat inaccurately), "Lee Leffingwell's been the mayor of Austin for about as long as Sarah Palin was governor of Alaska, but nobody is saying that Lee Leffingwell ought to be president." In a blog post, Leffingwell noted "intense desire among a strong majority of Americans for my leadership in Washington," but lamented that his VP pick, Eddie Wilson of Threadgill's, "would prefer to spend all eternity eating Swanson's frozen TV dinners and watching reruns of Family Matters."

• Travis County aims to purchase a key Downtown block owned by the Austin Museum of Art, which has had a series of unsuccessful attempts to turn dirt on a new museum. County commissioners voted Tuesday to pay $21.7 million for the lot south of Republic Square Park to build a new civil courthouse. See "Naked City."

• Ninety-nine ... 100 ... 101. On Dec. 14, Democratic state Reps. Allan Ritter of Nederland and Aaron Peña of Edinburg announced their decisions to jump ship and join the Republicans. With John Kuempel winning the seat of his deceased father, Edmund Kuempel, for the GOP in a special election, the GOP now has a 101-seat supermajority in the Texas House. See "The GOP's New Crowded House."

• Responding to ultradry weather conditions, Travis County commissioners on Tuesday ordered a ban on outdoor burning in unincorporated areas of the county.

• At press time, state lawyers were arguing before the 3rd Court of Appeals that the divorce of a gay couple, Angelique Naylor and Sabina Daly, granted by Travis County Judge Scott Jenkins, contradicts the state's ban on gay marriage. The judges hearing the case seem skeptical the state has standing to intervene. More next week.

• The wildly debated health care reform package got its first legal ding this week when a federal judge in Virginia declared the individual responsibility provision of the law unconstitutional – a ruling that, in the larger scheme, is just "a small bump in the road," as Houston Rep. Garnet Coleman put it.