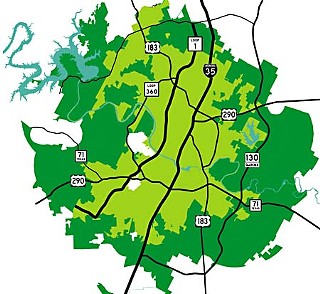 The Imagine Austin planning area extends beyond city limits (the area in light green) through the extraterritorial jurisdiction (dark green).

The Austin Comprehensive Plan is well into its third phase of public input, a process that began in late September with a series of public forums and continued through the fall as people responded to the Imagine Austin online survey. According to the city, this phase – in which participants examine five different "scenarios" envisioning Austin's future – has attracted some 2,000 respondents, among whom Scenario D has emerged as a clear favorite. As the most compact option, Scenario D would limit development over the next three decades to a central, 88-square-mile portion of Austin's planning area (which extends throughout the extraterritorial jurisdiction), emphasizing mixed-use centers and focusing redevelopment/infill between MoPac and SH 130.

Despite its overall popularity, however, Scenario D has proven divisive with neighborhood associations concerned that after years of working with the city to guide growth through neighborhood plans – in theory created in much the same spirit as the comp plan, though on a smaller scale – all that detail work might be swept away by the broad strokes of the comp plan and neighborhoods might be forced to accommodate additional development on top of what they've bargained for.

"All during our neighborhood planning processes, we were getting pushed by city staff to infill and densify, and of course we did that," said Cory Walton of the Austin Neigh­borhoods Council in early October (he was ANC president at the time but has since passed the baton). On top of those efforts, said Walton, neighborhoods then added even more density five years ago in the name of vertical-mixed-use zoning. "We wrote the developers another big huge bonus," he said, "but we figured the trade-off – eventually, somewhere down the line – might be worth it." ANC members now fear that a development pattern like Scenario D, which would absorb much of the city's anticipated growth – 750,000 people and 300,000 jobs – into existing neighborhoods, could further diminish chances that they'll ever see the upside of that trade-off.

"Most of our member neighborhoods acknowledge the need to do a comprehensive plan and the inevitability of growth and dealing with it, but I think they all feel that the process is driving one scenario that was preconceived," said Walton, referring to Scen­ar­io D. The Imagine Austin effort is just "a marketing job on a solution [the city's consultants] have already arrived at," he charged, adding that he believes the city's survey is a "push poll" designed to lead participants to one conclusion. Meanwhile, he said, current residential and commercial zoning can already accommodate all of the expected growth without any zoning changes at all.

Garner Stoll, assistant director of the city's Neighborhood Planning and Zoning Department, says the scenarios simply reflect the desires of those who have participated in the public input process. Moreover, data on current zoning can be misleading, says Paul Frank, Neighborhood Planning and Zoning's chief geographic information analyst: "There are a lot of areas that are zoned completely differently than what the use is on the ground." Some zoning even dates back as far as the 1920s and doesn't really represent the goals of the community. "Theoretically, you can build 30-story skyscrapers on many properties Downtown," says Frank. "But the question is: When would that occur?"

"Plans are aspirational," says Stoll. "Plans say what the community wants for the future. Zoning is regulatory and nudges development to come out according to the aspirations. ... You don't shape your aspirations to what's presently on the ground."

Having found little comfort in the city's arguments, ANC members passed a resolution in October calling for the city to suspend the planning process altogether. Newly appointed ANC President Steven Aleman points to an Oct. 15 memo from Greg Guern­sey, director of the Planning and Devel­opment Review Department, as evidence that neighborhood plans are taking a backseat to Imagine Austin. "A comprehensive plan could trigger a neighborhood plan amendment to resolve an inconsistency which would be decided upon by City Coun­cil," Guernsey writes in the memo, adding later: "Any changes to a neighborhood plan would require a review for general consistency with the policies of Imagine Austin."

As Aleman sees it, "The Greg Guernsey memo basically says the neighborhood plans need to yield to the comprehensive plan." Aleman says ANC wants assurance that the neighborhood plans will be used as the foundation of the comp plan, a request he feels is reasonable given the time and resources the city has already spent on those plans. ANC also demands that growth be directed toward the neighborhood plans with the most capacity first and that the amendment-and-update process already in place be upheld. (Guernsey's memo already guarantees that last condition, but with qualifying language: "unless changed by the City Council.")

Stoll insists that the comp plan and neighborhood plans will work together, with the former providing an outline of the broader community's aspirations and the latter filling in the details. With Scenario D emerging as the standout among the five, the city is now "looking at what it would take to ... adjust Scenario D to more closely be aligned with the neighborhood plans," he says, "and we're actually finding that, much to our happy surprise, it can easily be accomplished."

Stoll says planners have hit upon a greater challenge in attempts to rally public participation. Though 2,000 people have responded to the survey, that falls quite short of expectations raised after the first and second phases drew 10,000 participants. The relative lack of Hispanic input is especially worrisome, but the city hopes a new Spanish-language version of the survey will help. Even if successful, however, that effort could be undermined if currently planned e-mail blasts to major employers, such as the University of Texas, succeed in further boosting the number of non-Hispanic participants. The city has now extended the survey deadline by a week to Dec. 10; anyone who hasn't yet responded can still do so at www.cityofaustin.org/compplan.

Editor's note: The city's outreach effort includes an insert – with details on each scenario as well as a mail-in version of the survey – in this issue of the Chronicle, on p.57. 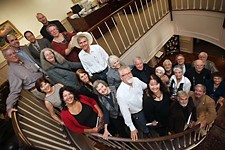 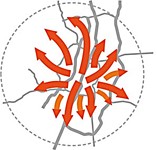 Scenarios at a Glance
Five different versions of Austin's future