Tweet
print
write a letter
Have they no sense of shame?!?

Hot off the victory of their SUV-outlawing socialist transportation program, the central planners at City Hall have another exercise in fascism scheduled for this Thursday, Nov. 4: passage of a mandatory recycling program infringing on my constitutional right to strip-mine Planet America and pump as many crumpled PHB-infused water bottles into the garbage dump as my God and I are comfortable with.

Or something. The Hustle's a little under the weather this week, so I'm going off nothing but talk radio and Statesman Web commenters here.

Of course, cooler heads might tell you that the two items City Council rules on this week – an ordinance amending the recycling code and a resolution directing the city manager to implement said code – close longstanding loopholes that have rendered the city's zero-waste goals as imaginary as granny's death panel. Despite the call to divert 90% of Austin's waste stream from landfills by 2040, apartments and condos with fewer than 100 units have never been required to recycle, nor have commercial buildings such as offices, stores, bars, and restaurants. All told, according to city figures, out of the approximately 10,211 commercial and multifamily properties in Austin, a whopping 7% comply with the zero-waste ordinance's recycling goals – a measure of government effectiveness that should make a tea partier proud.

The city is now proposing a two-tier implementation of recycling requirements: Beginning in October 2012, Phase 1 gradually implements recycling at residences and offices – some 4,600 buildings – targeting larger complexes first, until everyone is recycling by 2014. Or in other words, "First, they came for the multifamily residential properties consisting of more than 75 dwelling units and nonresidential premises that consist of 100,000 or more square feet, and I said nothing ...."

Phase 2 of the takeover targets the food and beverage industry – restaurants, caterers, and bars, which go through God only knows how much aluminum and glass nightly – as well as manufacturing and industrial facilities, an estimated 5,600 properties altogether. Discussion is still proceeding on this phase, with council suspected to return to it later this month, but it's likely to include – gasp! – a composting requirement for restaurants.

"The goal is by 2015 to have most everyone participating in a recycling program," says known Earth sympathizer and Solid Waste Advisory Commission Chair Gerry Acuña. "That's the goal."

Over the last 13 months, the goals have been hashed out among SWAC, its Recycling Ordinance Reform Sub­com­mit­tee, the Solid Waste Services department, and other stakeholders from whom one might have expected a slight bit more opposition – for example, the Building Owners and Managers Association. Acuña says the gradual implementation of the measures has been key to its being well received. "This is not at all too far a stretch – this is something that was well-thought-out, well-planned, and it's not something we're hopping into immediately."

Still, as with any major policy shift – health care, anyone? – there are still unanswered questions. "When it comes down to the restaurants, they still have some questions," Acuña says, noting that "there's a little more to organic recycling [composting] than the traditional recycling." Still, he says, "the city is allowing them to continue a dialogue we hope will lead to some answers that will eventually make the pilot program smooth," and he points to successful composting programs in (Nancy Pelosi!) San Francisco. (Closer to home, San Antonio is also examining city composting.) That said, the resolution's directive to City Manager Marc Ott to continue working with the Austin Apartment Association signals there still may be tension in the multifamily caucus.

Perhaps the biggest knot to be worked out is who exactly is going to haul the stuff away. For multifamily complexes with fewer than 26 units and smaller commercial buildings, the requirements won't kick in until the city makes available its nearly ubiquitous single-stream-recycling blue bins, but most everyone else's needs must be served by the private sector. (Hey, Grover Norquist's gotta be pleased there, at least.) While it may be slightly onerous to contract with an accredited hauler, Acuña compares it to services for which bigger buildings already contract. "That's how it works currently – you've got the city providing solid waste collection [to homes], and then you have the private hauling companies that provide all the garbage and recycling services for private commercial establishments."

For a rundown of the rest of the council agenda, see "Naked City," and get more trash talk in the Hustle's weekly newsletter. Sign up at austinchronicle.com/newsletters.

Getting to Zero
Will Austin's green self-image be realized in its "zero waste" goals? 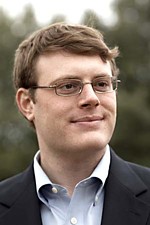