New evidence says it's not murder

Tweet
print
write a letter
New evidence proves that a woman convicted of murder in 2005 is in fact innocent, according to court papers filed Oct. 20. Rosa Estela Olvera Jimenez was convicted and sentenced to 99 years in prison in connection with the death of toddler Bryan Gutierrez; Jimenez was babysitting Gutierrez in January 2003 when prosecutors say she shoved a wad of paper towels down his throat. Gutierrez lived until April 2003. At trial, doctors who treated Gutierrez opined that an intentional choking was the only way to explain the paper in his throat – but now three of the nation's leading pediatric specialists have reviewed the evidence and testimony, and they say none of it suggests Gutierrez's choking was anything but a tragic accident.

"This is a case of two tragic accidents: the accidental choking of [Gutierrez] and the wrongful conviction of [Jimenez] for injury to a child and murder," lawyer Bryce Benjet wrote in a writ filed yesterday in District Judge Charlie Baird's court (Baird's predecessor, Judge Jon Wisser, presided over the original trial). "All of the evidence and testimony in this case has now been reviewed by two of the top clinicians in the nation dealing with pediatric airway and pediatric critical care," reads the document. "Both confirm that [Gutierrez] likely choked on the paper towel accidentally." A leading pediatric forensic pathologist also supports that conclusion. "When this evidence is contrasted with the incomplete and unreliable opinions offered by the State at trial," the writ continues, "it is clear that Ms. Jimenez is innocent."

Benjet argues that Jimenez was also denied access to experts at trial and the effective assistance of her trial attorney Leonard Martinez. "Ms. Jimenez has been incarcerated now for over seven years in a case where there is absolutely no credible, reliable, scientific evidence that she did anything wrong," said Benjet in a statement. "We are asking that Ms. Jimenez's conviction be overturned and that she be declared innocent." 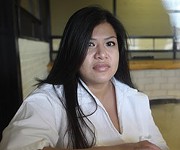 Judge to D.A.: Woman Likely Not Guilty in Toddler Death
Judge Jon Wisser wrote a letter to the district attorney expressing concern over the case he originally presided over 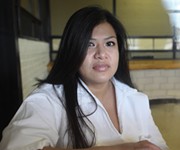