Building an appetite for local food

On Oct. 11, local Austin food distributors, urban farmers, and sustainable food advocates met with state Rep. Eddie Rodri­guez, D-Austin, at a "farm-to-table" town hall meeting at the East Side Show Room to discuss how the Legis­lat­ure can help support the emerging local food economy in the upcoming 2011 session. The conversation included issues such as access to water, licensing and certification roadblocks, the complete lack of recognition for small farmers by the Texas Depart­ment of Agriculture, and the ever-present struggle to balance small margins against hefty overhead costs.

Dorsey Barger of HausBar Farms and Eastside Cafe echoed the group's concerns with property taxes, which don't always accurately reflect the use of small farmers' land. Erin Flynn of Green Gate Farms explained the difficulty of obtaining agricultural tax exemptions, which require that the farmland be the owner's only source of income (nearly impossible for small urban farmers). Farms are not recognized on zoning maps, and the Department of Transportation frequently removes their signage. "They can't find us!" Flynn lamented.

Many bemoaned the uselessness of the TDA "Go Texan" designation, which they feel amounts to little more than a marketing tool for large-scale growers to export to other countries. Several attendees stated that small, organic farmers have no true ally in the government. The bottom-line sentiment was, in Flynn's words, "Small farmers are suffering under regulations that were intended for large factory farms."

Rodriguez voiced an increased interest in getting behind the local food movement. The Texas Cottage Food Bill (also known as the "Bake Sale Bill"), which would exempt certain homemade items from Health Department regulations, didn't pass in the last session, but Rodriguez assured the room that he would support it again the next time around.

Paige Hill of Urban Patchwork Neighborhood Farms also touched on a larger societal issue: "Accessibility is not just about price but the time and resources needed to prepare fresh food," she said. With the fast-paced, instant gratification lifestyle most Ameri­cans regard as the norm, "food culture has pretty much disappeared in this country." Paula McDermott of the Sustain­able Food Policy Board and several others emphasized the importance of public education about how to select and prepare fresh food and the benefits of supporting local food producers.

What exactly constitutes "local" was a discussion all its own, especially with more and more restaurants claiming the buzzword. The definition varies depending on the item; for seafood, "local" means the Texas coast, while for meats, poultry, fruits, and vegetables, the common reference point is within a 150-mile radius. Without real incentives to exhaust truly local sources, most restaurants buy produce from large-scale, mono-crop farms at prices smaller farmers can't compete with.

Other topics of note included the need for schools to have access to and education about fresh food, the lack of infrastructure to bring produce from existing school gardens into school kitchens, and the Health Depart­ment's lockdown on sampling at farmers' markets, which often prevents tasting, and hence the sale, of produce grown for flavor before appearance.

This being the first open dialogue between local farmers and legislators, Rodriguez walked away with a long list of ideas and grievances to explore, and the conversation will likely continue before the 82nd legislative session convenes in January.

Will Trump Get Out the Latino Vote?
Eddie Rodriguez previews his upcoming Texas Tribune Festival panel 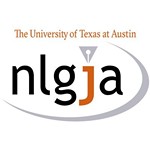 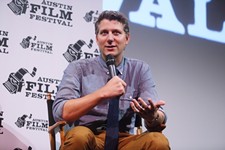