How Cool Is Austin 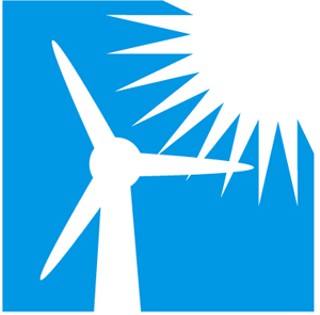 
Cool: Fifty-three percent of city facilities now use GreenChoice (wind) energy, representing 23% of the city's entire energy use, according to most recent 2010 data. Remainder anticipated to move to GreenChoice by 2012. As of 2009, city has installed 157 kilowatts of solar capacity on city facilities.

Uncool: Percentage of renewable energy still relatively small, and cost to move to 100% is estimated at a yet unbudgeted $6.1 million (currently Austin Energy is absorbing excess GreenChoice cost to some departments). Fifty-five percent of city energy use is attributed to Austin Water; presumably there's much conservation work to be done. A year to meet overall objective seems optimistic.

Uncool: Although all city staff are charged with carrying out ACPP policy, departmental plans are advisory only, with no program enforcement authority. Without full compliance to more aggressive standards, overall 2020 carbon neutrality goal is unlikely.


Cool: In 2009, 1,162 city employees and 2,486 students and community members were trained, using the city's Carbon Footprint Calcu­lat­or, to calculate personal carbon footprints. Training of all city staff and community outreach to continue; 2010 update to come. Online staff training in development.

Uncool: Due to shortage of ACPP personnel, 2010 training has not achieved rollout goals for either staff or community outreach. Calculator personalizes carbon footprint, but the larger impact is uncertain; will need to have communitywide engagement for substantial effect. Uncool: Precise objective delayed by continuing questions over cost, to be considered by City Council later this year. Long-term success is dependent upon maintaining intermediate momentum.

Objective 3: Establish and implement a CO2 cap and reduction plan


Cool: Newly planned generation to come, from solar and biomass.

Uncool: Believe it when you see it.

Objective 1: By 2015, implement requirement that all new homes be zero net-energy capable

Objective 2: By 2015, implement 75% reduction in all other new private/public buildings


Cool: In 2009, 2,751 audits/upgrades completed on residences; 45 ratings submitted for review on commercial properties.

Uncool: Relatively limited results, as of 2009.

Uncool: There are virtually no such state or federal policies on climate change to support.