To make an omelet, you've gotta break some eggs – and half a billion eggs would make a mighty big omelet!

That's how many the Food and Drug Administration has recalled after salmonella contamination was found in the products of two massive egg factories in Iowa. Once again, what we have here is a sickening example of the price we pay for two inherently disastrous policies foisted on us by corporate profiteers.

First is the laissez-fairyland ideology that's been turned into official policy during the past three decades, especially in the last 10 years. These theorists decry all regulation of industry and demonize the very idea of government. Wall Street's collapse and BP's Gulf oil catastrophe are god-awful products of the ideologues – and now we find their mess in our breakfast.

Who in government is responsible for inspecting the factories to see that the billions of eggs they roll out don't poison us? No one. In 1999, Bill Clinton proposed safety inspections to eliminate salmonella in eggs by 2010. So what happened? Industry lobbyists flocked to Washington and stalled the rules, and then came the anti-regulatory Bush regime preaching the gospel of "voluntary" regulation.

The second disastrous policy is unrestrained corporate giantism. Wall Street has its "too-big-to-fail" model, and agribusiness has its "too-big-to-control" model. These outfits cram millions of chickens into egg-production cages. The conditions are nasty, and diseases are a constant reality. When a salmonella outbreak occurs, it's not confined to a few chickens – it sweeps throughout the factory.

What's a consumer to do? Buy organic, locally produced eggs from small farms that treat chickens right – you'll get eggs that are not only safe but also extra-nutritious and incomparably delicious.

Sometimes I don't know whether to laugh, cry, or go bowling – and this is one of those times.

America is now in a Great Jobs Depression that has already lasted 10 years and continues to rage, unabated, across the land, devastating the middle class. Yet it took two months and endless compromises this summer for Senate Democrats to woo a few Republican votes needed to pass even a weak and meek jobs bill to help deter mass firings of schoolteachers and firefighters by local governments. Pious, purse-lipped Republicans – who have eagerly backed Wall Street bailouts, needless wars, and other budget-busting expenditures – demanded that other programs be cut as the price of saving these essential public-service jobs.

So, what program did our stalwart senators choose to loot? Food stamps!

Yes, even as millions of Americans are stuck in long-term, relentless unemployment, thus increasing the urgent need for family assistance, our well-fed, big-butted solons grabbed nearly $12 billion from the Supplemental Nutrition Assistance Program. This puts the "dumb" in dumfounding!

Because of the economic collapse caused by the reckless greed of Wall Street bankers, there has been a 50% increase in the past two years in the number of Americans relying on food stamps. In the coming months, more and more people – including schoolteachers and firefighters – are going to lose their jobs, and many of them will need the helping hand that Congress has now so stupidly and callously withdrawn.

Instead of stealing funds from our country's essential food stamp program, Congress should get the money for its jobs bill by taxing the multibillion-dollar bonuses that Wall Street bankers are paying out to themselves. And if that's not enough money, cut the pay, pensions, and health care freebies that Congress critters give to themselves – most of them need to go on a diet anyway. 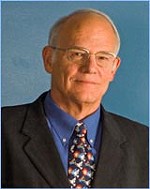