Budget is prepped for council approval, but a few sticking points remain 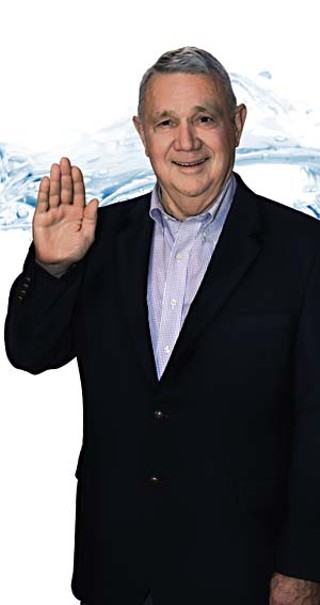 I went into this column on the city budget thinking my hook was the tax rate: whether Marc Ott's proposed tally of 45.71 cents was too low. While America's still in the midst of a recession, Austin's weathered the downturn better than most – surely, there'd be some contrary takes from council arguing now's the time for more spending, not less.

Heading into council's budget adoption, scheduled Sept. 13-15, the feeling is the rate is fine where it is. "I don't support raising the tax rate above what the city manager has already proposed," Mayor Lee Leffingwell says. Well, what about the Laura Morrison-Bill Spelman wing of the council? Morrison says she would consider going below Ott's recommendation if more savings could be found, that council should "recognize the situation that our economy is in and what people are feeling." Spelman says the time isn't right to go to the rollback rate and that the "center of gravity" on council leans sharply against a further increase.

Out of the four council members the Hustle spoke to, only Sheryl Cole broached the possibility of going above Ott's recommendation, citing "the long-term financial health and strength of the city." Rattling off upcoming big-ticket items – a new central library, urban rail, etc. – she says: "It doesn't make any sense to authorize these plans, get the information, and then let them sit on the shelf and be hesitant to fund them, unless we are clearly in a financial recession. And I can certainly appreciate the argument that we are. ... But I'm just not comfortable we've done enough outreach to know whether the citizens do not want a small tax increase to guarantee some of the things that we have proposed."

Still, even if we're within the city manager's financial framework, there's room for working around the edges. The upkeep of city parks sounds like a widely agreed-upon priority. Leffing­well points to one potential source of additional funding: "The suggestion's been made that we discontinue the Trail of Lights, at least as a city-funded event. That would free up almost $400,000, and I would be supportive of transferring that money to park maintenance."

Social services funding is always a sore spot, but Morrison may have hit on additional funds. Last budget year, Health and Human Services contracts came in around a million dollars under budget; usually, such General Fund leftovers are rolled over into reserves. Instead, recognizing that "these are extraordinary times," Morrison proposes a one-time allocation to funnel the funds back to Health and Human Services. "Now would be a time to take a special step," she says. Another perennial budget conundrum – library services – has been earmarked for attention by Spelman. "There's still stuff that we need to add," he says, "but I'm hoping we can make some very, very small changes, additions to the budget without any kind of tax increase."

Less agreeably, there are sounds of discord over Austin Energy's funding of the Economic Growth and Redevelopment Office, an arrangement receiving added scrutiny since the city's Electric Utility Commission called for redirecting the $10 million the indebted utility has earmarked for the office. Leffingwell says, "It's a problem that we have to solve, but I also think we need a transition plan. ... I'm not going to support any major cuts to it this year." Cole draws a harder line: "As strong of a supporter as I am of economic development ... I am still urging my colleagues to address this issue in this budget. And I just can't tell you yet if that's going to happen or not."

There's no way to know how much budget drama will be publicly aired; if past performance is any indication, not much. Still, Leffingwell predicts "a lot more amendments offered on the dais than there have been in the past, and I really seriously doubt we're going to get through this thing in 30 minutes. ... I don't think the vote to pass the water rate increase" – a rallying point for opponents of Water Treatment Plant No. 4 – "will be unanimous, but I think it will pass." (In words sure to further endear him to his WTP4 detractors, he says a failure to approve Austin Water's rate increase "will not affect the plant in any way" but would hurt "noncore services," including, in his estimation, the utility's water conservation budget and its Wildland Conservation Division.)

Despite potential disagreement, Cole says the council needs to proceed on a unified front: "One thing that people expect from government – the main thing they expect – is confidence. And if we can't stand together with everybody looking – not on Water Treatment Plant No. 4, not on [Nathaniel] Sanders [II], but on the property tax – you need to be able to look them in the eye and say, 'We did the best we could do, and we're bringing it to you."

Budget some time to sign up for the Hustle's newsletter. Visit austinchronicle.com/newsletters.