The teachers' union veteran looks back as he moves forward 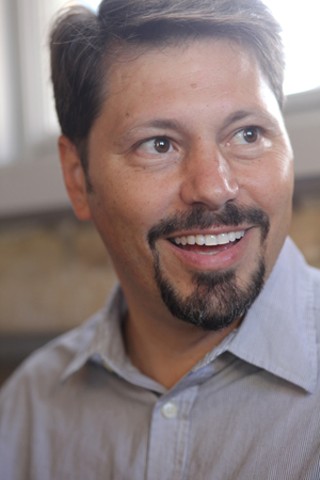 On Aug. 23, Louis Malfaro addressed the Austin Independent School District board of trustees for the last time as president of teachers' union Education Austin. Four days earlier Drew Scheberle, senior vice president of education and work force development for the Greater Austin Chamber of Commerce, joked to the same board that he'd grown a goatee as a farewell tribute to Malfaro's distinctive facial hair.

It was an amiable end to a long and sometimes contentious working relationship. Although it hasn't had the same headlines, Malfaro's departure on Sept. 1 to become secretary-treasurer of statewide teachers' union Texas AFT may be the biggest change in district politics since Meria Carstarphen replaced Pat Forgione as superintendent in 2009. For almost two decades Malfaro has been the public face of Austin's teachers' unions but, he said: "It's funny to think about this in terms of an individual's career. To me, it's the story of an organization, and I happened to be one of the people to have an honor to be a lead in the play."

While the union will continue without him, there's no doubt that after 18 years in district politics, Malfaro takes a wealth of institutional knowledge with him. For context, the longest-serving members on the board of trustees – Robert Schneider and Cheryl Bradley – are each in their ninth year, while Carstar­phen has been here a little more than a year. In his time as a union leader, Malfaro has outlasted five superintendents. "When Forgione used to brag about longevity, I used to get sick of it," he said. "Well, I guess there is something to be said for sticking with something for a while."

After growing up in an Italian-American family in the Northeast, Malfaro moved to Austin for college and started his career as a bilingual teacher at Blackshear Elementary in 1987 – "The year the district did away with court-ordered crosstown busing," he noted. Part of the reason that AISD was allowed to end school busing was the launching of the Priority Schools program on 16 East Austin campuses. What was promised, says Malfaro, were "smaller classes and full-time counselors, but the big deal was experienced teachers and experienced principals." In reality, he said, "out of five of us, four of us had never taught a lick, and the old vet had four years. ... It was my first lesson from the school district that 'We don't keep our promises.'" After that experience, he said, "I got active in the union pretty quickly. By '92, I was serving as the president of the 250-mem­ber Austin Federation of Teachers."

Malfaro credits the American Civil Liberties Union's monthly lunchtime talks at the old Wyatt's Cafeteria at the Hancock Center for educating him about Austin's real issues. A talk by noted civil rights attorney and two-time attorney general candidate David Van Os about Austin's history of segregated housing had a particular impact and made him "realize that I'm part of this context, of this amazing city that's churning and changing." When he first started teaching at Blackshear, 60% of the students were African-American and 40% were Hispanic; within five years, those numbers had reversed. "Now I live two blocks from Blackshear," he said, "and it's a 90 percent Hispanic school. Austin has become an immigrant center in the last 10, 15 years."

After leaving teaching to study public policy at the LBJ School ("Bill Spelman was my teacher. I got an A," he said), he returned to a full-time elected position with the American Federation of Teachers-affiliated Austin union as it grew to 2,000 members. He then took a key role in the merger of his organization and the National Education Association-affiliated Austin Association of Teachers in 1999. Out of that came Education Austin, which is now the city's biggest union.

One of the biggest victories that came out of that merger was getting the board of trustees to approve an elected consultation policy. "For the first time ever," said Malfaro, "teachers and support staff got to elect one organization to represent them." Still, there's a big difference between the nonbinding agreement between the union and the district and the strong meet-and-confer agreements between the city and the Austin Police Association, or the voter-approved collective bargaining that the Austin Firefighters Association has. Malfaro said, "There's a reason our police and firefighters are the best paid in the state and our teachers are paid lousy, and it is that our process is contingent on getting five votes at the school board meeting on Monday night."

Looking back on his term, Malfaro says helping form Education Austin in the first place, and building it into an effective organization, is one of his proudest achievements. He said, "I can point to the first five years, when it was a small group of organizers ... just hammering the thing together, training people, identifying leaders, putting a structure in place and running advocacy campaigns." Having put those pieces together wasn't just about improving pay and conditions for his members, he says, but about improving classrooms: "We've worked to get the district to do a better job at getting people in my profession ready to do a good job." It allowed them to negotiate new pay structures like the REACH strategic compensation initiative, and now, unlike when he joined the district, he added, "new teachers get a full-time mentor. They rave about it and say, 'I don't know what I would do without having it.'"

But there have been plenty of lost battles, and Malfaro had little doubt about his biggest adversary. He said, "Austin is a town run by businesses and the chamber of commerce, and labor by itself has not been strong enough to beat that." That's not just a problem for the school district, where the simple threat from business interests to oppose a tax rollback election was enough to make the board dump that plan (see "Bowing to Business Wheels, AISD Cans Tax Hike," Aug. 27), but also at the city and county levels. Malfaro casts doubt on the ability of Austin's progressive community to counter the chamber: Austin Interfaith is still building itself as a proactive force, while groups like Liveable City, he said, "are a bunch of really smart people [who] don't have the ability to move an agenda." Until the disparate progressive groups can form a stronger coalition, he warned, "whether it's school taxes, a new water treatment facility, or moving homeless people out of Downtown, the chamber wins."

That's a problem that he sees replicated at the state level. While he's optimistic that the statewide AFT* and NEA organizations can follow the Education Austin model and work together more closely, currently they, the Texas Classroom Teachers Association, and the Texas State Teachers Association pull in too many different directions. When it comes to lobbying policy makers, he said, "the Legislature just laughs at us."

For Malfaro, what's key is to remind people what public education is really about, and what his members try to do every day: Help fix the iniquities and inequalities of society. He said, "You know what Pat [Forgione] used to tell me? 'I'm not into social engineering.' What do you think the public school system is, if not the greatest experiment ever in social engineering?"

*[Editor's note: The original, print version of this story contained a mistake. In the passage referring to Malfaro’s optimism that “the statewide TFA” could “follow the Education Austin model," the acronym “TFA” should have been “AFT,” for the American Federation of Teachers.] 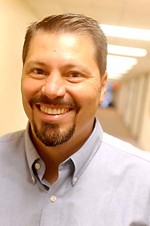