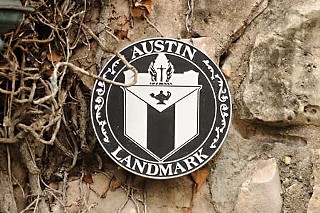 Back to the grind: While no one item stands out from the Thursday, Aug. 19, City Council agenda as a grade-A example of local controversy, the deceptively broad agenda does hold a lot of action.

The one resolution that looked most discussion-stoking – Item 65, amending the city's historic landmark zoning standards – may be quieter than the Hustle first suspected. The draft resolution from the city proposes to cap the number of owner-initiated cases at three per month in order to stem the growth in property tax abatements historic homeowners receive, characterized by opponents as the most generous in the nation (see "What's Historic?," Feb. 26). And to stop the deluge of cases in specific areas (such as the west side Castle Hill and Pemberton Heights neighborhoods), the Historic Landmark Commission may not consider more than one application per month from any National Regis­ter or local historic district unless the three-per-month max isn't met. Also, the monthly allotment rolls over if it isn't met, until the new rules phase out at the end of next year.

There are several additional recommendations from groups affected by the changes – the HLC, the Zoning and Platting Commission, the Plan­ning Commission, and more – such as the HLC's call that cases they initiate be exempt from the cap. However, talking with council member and preservation advocate Laura Morrison, it sounds like scaled-back steps may carry the day. Morrison said the discussion was "first going along pretty directly with what came out of the council resolution" passed earlier this summer (see "Neither Side Pleased With Historic Zoning Changes," June 18), followed by "some attempt to look at Heritage Society recommendations that came through." Now, she says, there's "some sense of moving back towards just the straight-shooter kind of approach," perhaps galvanized by the realization that while the limit is temporary, sustainable changes must be made for the program to continue in the long run.

One change in the draft resolution is a prohibition on paying third-party researchers who assemble the zoning application on a "contingent fee basis." As one popular payment scheme is paying researchers a percentage of the abatement the homeowner receives, Morrison says such a ban is necessary so it's not only higher-priced homes – with fatter commissions for researchers – that receive the exemptions.

Other agenda items include a pair of urban design initiatives: the return of the Seaholm energy substation art wall (Item 9), pulled by Council Member Chris Riley last week so it could be vetted by the Downtown Commission on Wednesday as the Chronicle went to press, and Item 35, from Morrison and Riley, which coincidentally proposes design guidelines for future infrastructure projects from the utilities and enterprise departments.

The Austin Fire Department enters the fray with Item 24: a $236,000 contract to create an "employment assessment process for the entry level position of firefighter cadet" through contractor Industrial Organizational Solutions, a move outlined in the AFD union contract. Also, in executive session, council will discuss a reverse-discrimination lawsuit being brought against AFD Chief Rhoda Mae Kerr by two white male firefighters who believe they were passed over for promotion.

And to be a fly on the wall during executive session. Council's closed-door consultation features discussion of the Sanders family lawsuit, the Save Our Springs Alliance's myriad lawsuits against the city, the reverse-discrimination suit being brought against AFD, and more.

In other fiduciary news, council met Wednesday, Aug. 18, for a work session delving into the specifics of the city budget. In this round on the General Fund: it was no surprise, considering its size, that the conversation dwelled on public safety, with presentations from the Police, Fire, and EMS departments taking the biggest slice of council's attention. The council meets again Aug. 25 for its second and final work session, this time on the city enterprise departments.